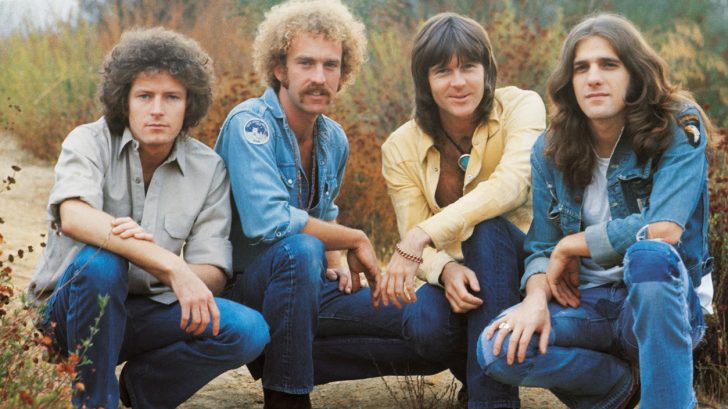 In 1974, during the recording of The Eagles’ third album, “On The Border”, Don Felder, a guitarist from Gainesville, Florida, joined the band. During his high school years, he made a few bucks teaching guitar to other kids at school, including one Tom Petty. On The Border includes the song, Best Of My Love. Below are the 5 Interesting Facts Behind ‘Best Of My Love’ By Eagles:

The song that closes the album, “Best Of My Love”, curiously was the band’s first single to reach No. 1 on the North American charts.

J.D. Souther, a friend of Glenn Frey, assisted in writing the tune along with Frey and Don Henley.

Not Immediately Released As A Single

On The Border was released in April 1974, but the track was not issued as a single until November and didn’t crack the top spot until late September.

According to Glenn Frey, the guitar part was an inspiration from Joni Mitchell (he and Mitchell were dating in 1973-1974). He completed it by progressing into a distinctive tuning and developed with the sound.

This tune is usually performed at weddings and everywhere else one fancies to express affection, but it’s a breakup song: “You see it your way, and I see it mine, and we both see it slipping away.” It’s not a Happy Ending.