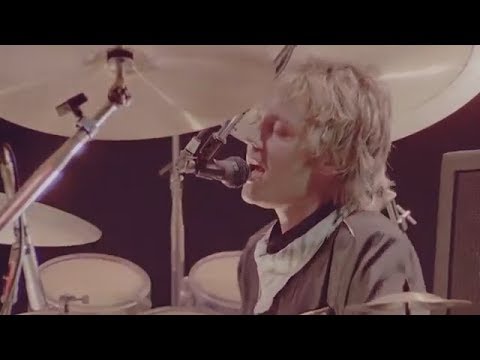 Roger Meddows Taylor was born on 7/26/1949, in King’s lynn, Norfolk, son of Michael Meddows and Winifred. At the age of 7, his father got a job in Cornwall, and they moved to the town of Truro.

He Was A Member of Church Choir

In May 1960 Roger began singing in the Truro Cathedral school choir in exchange for a scholarship.

His First Band: The Cousin Jacks

Roger felt more and more attracted by the percussion, he used to take his mother’s pans to drum on them using the lid as dishes. On Christmas 61 his father presented him with a butt and a tom-tom, just after Christmas Roger bought his first Zildjian. In 1963 Roger and his friends formed a band called “The Cousin Jacks”.

In the summer of 1967, Roger leaves Cornwall to study biology in London. In London he met Brian and Tim Staffel and formed Smile, the pre-Queen, Tim left the band and his friend Freddie Bulsara took over Smile’s vocals, after many auditions, John Richard Deacon was chosen to play bass, which completes the line-up Queen’s original. In Queen, Roger, controlled the most varied rhythms, from rock and roll swing to crazy vaudeville, he also participated in the vocals where he made a higher voice.

He was the first of the band to venture into a solo career with the single released in 1979 I Wanna Testify/Turn On The TV. His first album was Fun In Space, released in 1981. The British crown did not like Roger’s critical tone in the song My Country I & II very much, suing Roger (something that ended up happening many times).

He Formed Another Band

Roger Taylor is a workaholic, and despite Queen’s busy schedule, he always found time to do other things. When Queen stopped touring in 198, Roger formed a band parallel and set foot on the road. The band, called The Cross, even recorded three albums. In the midst of finishing work on Queen’s latest album, Made in Heaven, another solo emerged – the 1994 album Happiness?, which, unlike the previous ones, has a more intimate and melancholic tone, a consequence of the state of mind of the drummer after the death of friend Freddie Mercury.