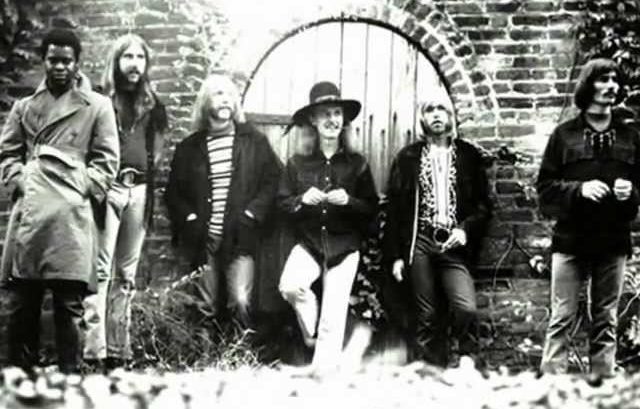 Legendary American band from the 70s, epitome of southern rock for its emotional mix of styles based on the roots of American music. Rock, blues, soul, and country predominantly, without neglecting other sounds, such as jazz, gospel, or classical music, are the basis of this essential band, whose main characteristic is their vibrant and not self-indulgent live jams: The Allman Brothers Band.

We look back at the 5 Most Interesting Events In Allman Brother Band’s Career below:

The Beginning of the Band’s Legacy

The first album, The Allman Brothers Band, heavily influenced by black music and particularly by blues. In the second album they reflect their enormous potential: Idlewild South (1970), had a discreet success in the United States. The band was growing in reputation; They performed several times at Bill Graham’s Fillmore as an opening act for bands like Blood Sweat and Tears and the Grateful Dead.

As the band was preparing to return to the recording studios, the tragic news came of Duane Allman’s death in a motorcycle accident in Macon on October 29, 1971. For the members of the band, the best way to honor Duane’s loss was to continue making music. In 1972 the double album, Eat a Peach, appeared.

Gregg Allman and Dickey Betts Feud And The Reunion

‘Brothers and Sisters’ album was a glorious success everywhere. As commercial consecration and world fame increased, the first disagreements occurred: Gregg Allman and Dickey Betts began to have feuds that led to a rapid decline. So Gregg Allman recorded two solo albums: ‘Laid Back’ (1973) and ‘Gregg Allman Tour’ (1974), considered mediocre and boring jobs. Dickey Betts, for his part, recorded the interesting ‘Highway Call’ (1974), with Capricorn. In 1975 they reunited to record ‘Win, Lose or Draw,’ an album that shows signs of decadence.

The Inevitable Break Up

The culmination of these tensions was the drug trial of Gregg Allman, in which he testified against a roadie of the group, with the subsequent conviction for him. The reaction of his companions was the total abandonment of the band’s relationship and musical fatigue. It was 1976 and the Allman Brothers decided to break up as a group.

History Repeat Itself – The Reunion and Break Up

Despite Betts saying that he would never work with Gregg again, the two bandleaders and drummers Butch Trucks and Jaimoe got together to record “Enlightened Rogues” (1979), a good LP with Dan Toler on board as a new guitarist. Subsequent efforts like “Reach For The Sky” (1980) and “Brothers On The Road” (1981) were an artistic and commercial disappointment, which led to the breakup again in 1982.