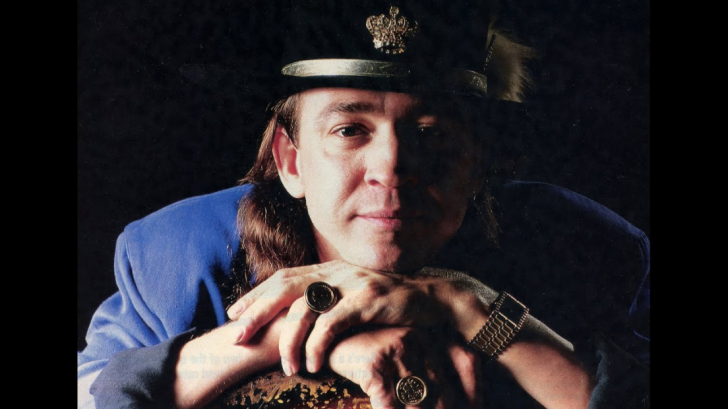 Many guitarists will agree if we say that he is one of the best blues/rock guitarists in history (if not the best with permission from Hendrix and Clapton).

With his surprisingly hard-hitting guitar playing, Stevie Ray Vaughan lit the flame of the blues revival in the 1980s. Vaughan drew on blues from artists like Albert King, Otis Rush, and Muddy Waters as well as rock and roll from Jimi Hendrix and Lonnie Mack, as well as jazz guitarists like Kenny Burrell, developing a uniquely eclectic and fiery style that sounded like no other guitarist.

Vaughan bridged blues and rock like no other artist had done since the late 1960s. For the next seven years, Stevie Ray was the leading light of American blues. His tragic death in 1990 made us see his great influence on blues and American rock and roll.

Below are the 5 Of Stevie Ray Vaughan’s Best Quotes About Music And Life:

1. The Important Of Music

“Music has become really important now. It’s helped me to open up more and take a chance on loving people. Music is a good reason to care. It’s just a vehicle though. It’s a way to try and give somebody something that you feel. If trying the best I can isn’t good enough, I’ll just have to try harder next time. It’s all I can do. If I do the best I can, then at least I did the best I could in this life. The way I like to look at it is….if that’s the last time /I ever got to play, I’d better give it everything I’ve got.”

“The way people come into your life when you need them, it’s wonderful and it happens in so many ways. It’s like having an angel. Somebody comes along and helps you get right.”

“It is the human things that make life good. The unexpected kindness, the friendly note, the bracing word, the neighbour’s extra loaf of bread she leaves at our back door.”

5. Music Is The Universal Language

“Music really is a way to reach out and hold on to each other in a healthy way.”

Although his professional career had exploded, Vaughan sinks deep into alcoholism and drug addiction. Despite his failing health, Vaughan continued, releasing the double album “Live Alive” in October 1986 and an extensive tour of the United States in early 1987. After the tour, Vaughan entered a rehab clinic.

Vaughan performed a series of concerts in 1988, including a headlining concert at the New Orleans Jazz Festival, and produced his fourth album. The resulting record, ‘In Step’, appeared in June 1989 and became his most successful album, winning a Grammy. In the spring of 1990, Stevie Ray recorded an album with his brother Jimmie. On August 26, 1990, a concert at East Troy concluded with a jam with Eric Clapton, Buddy Guy, Jimmie Vaughan, and Robert Cray.

After the concert, Stevie Ray got into a helicopter bound for Chicago. Minutes after takeoff, the helicopter crashed, killing Vaughan and the other four passengers. He was only 35 years old. The album with his brother appeared in October. Then a series of posthumous releases appeared.