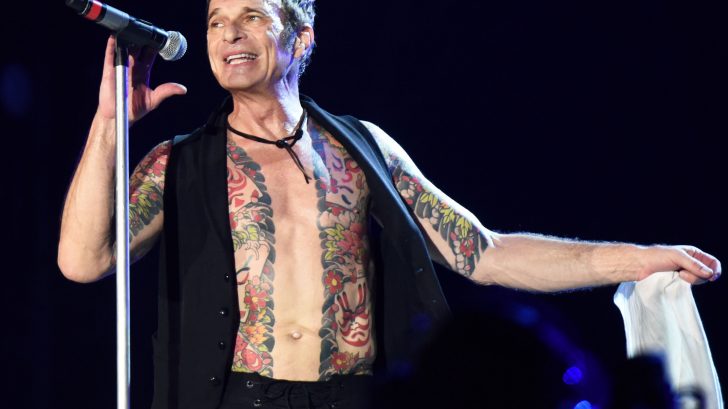 Tired of the creative and personal differences with Eddie Van Halen and after realizing that he could succeed as a solo artist, David Lee Roth decided to leave Van Halen in April 1985. Below are the 5 Of The Greatest Music Videos From David Lee Roth:

The festive A Lil ‘Ain’t Enough, a 100% Dave song full of rock’n’roll, and a Just Like Paradise party. The best way to enjoy the song is accompanied by the images of the music video  where we can see Dave surrounded by hot girls and dancing dwarfs, in their sauce, let’s go. Becker’s work is fantastic competing with Eddie or Vai in class and technique. The party of rock’n’roll vacilón continues with Shoot it accompanied by piano arrangements and horn section.

Just A Gigolo/I Ain’t Got Nobody

When David Lee Roth left Van Halen and started his solo journey, hilarious clips like the one from Just A Gigolo/I Ain’t Got Nobody, behind which was the thinking head by Pete Angelus, were a lot of fun but totally insufficient for us to follow the new direction that the charismatic Dave’s career seemed to be taking. However, the EP Crazy from the Heat was a mere diversion, a diversionary maneuver for what the blond, hyper-active vocalist from Indiana had actually prepared for us.

“Just Like Paradise” begins with evocative sounds that stimulate fantasy. It was the first single with a music video from the album Skyscraper where we can see images of Dave enjoying one of his passions: mountaineering. Steve Vai gives us another delight with his guitar. The composition comes to an end with some attractive choruses. Without a doubt, one of the most commercial pieces is this fabulous Just Like Paradise.

Yankee Rose is an original anthem of the 80s period. One of those timeless wonders that left us such a great decade. Huge riff by Vai, Sheehan, and Bissonette and the brilliant Roth who makes up for his vocal deficiencies with his skills as a master performer with his music videos. It is incredible that someone can be seen that well on record, even if they are not a great singer.

David Lee Roth, while still a member of Van Halen, would release his EP “Crazy from the heat” in 1985, his solo debut that would have an excellent reception thanks to the music video of the song  “California Girls”, an original Beach Boys song that would reach the top 3 of the United States popularity charts.