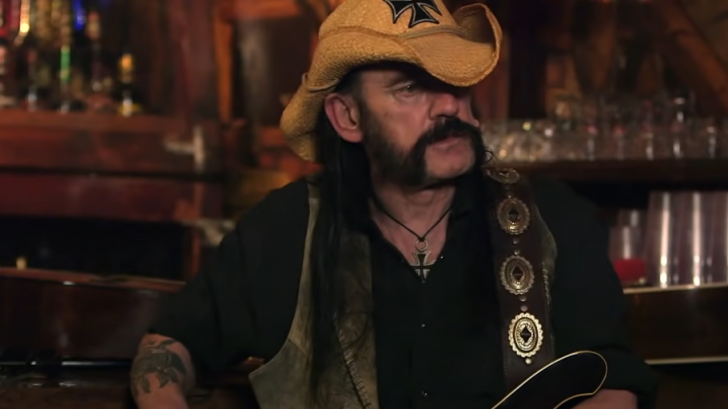 Just four days after his 70th birthday on December 24, 2015, the British rocker Lemmy Kilmister died on the 28th at his home in Los Angeles (California) due to an “extremely aggressive” cancer that was detected 48 hours before the fatal outcome.

Rock lost one of its last great heroes in this sudden way because the vocalist and bassist of Motörhead is the last great rock outlaw, scoundrel, drinker, womanizer… a tough guy from before, in short. Icon of those who no longer remain.

A legend that, in addition to a good handful of classic songs, also left for posterity some reflections that are equally emblematic of musical mythology. Always with the engine revved to the maximum without thinking about the goal. We look at some of his most famous quotes.

“I was 13 and living in Benllech and I knew this guy called Tom who had a prosthetic arm. One night we sneaked into this Girl Guides camp and, you know, started getting down to business. So there I am bathing in the soft afterglow in some girl’s tent when, all of a sudden, I hear ‘Whack! Ow! Whack! Ow!’. I thought, ‘what the bloody hell is that’? and looked out to see Tom running naked down the road with this Guide mistress belting him over the head with his own false arm.”

“Being fired from Hawkwind for drugs is a bit like being pushed off the Empire State Building for liking heights, you know?”

“I like hotels. They give you clean sheets. They bring you your meals, and then they take that dirty shit away and wash it. Wonderful! I don’t let them in the room to clean it up. I make my own bed. I don’t want them to fuck with my stuff. They take things away that you want to keep. I mean, I’ve got a pizza in that second drawer down there that I bought the first night I was here, you know, because they only sell you the big ones, so I eat a pizza for three days, and it’s great. It’s an acquired taste, you know?

“If you can give the kids a good time then that’s all it’s for. Forget art and all that – that’s bullshit. If you can send that shiver down a kid’s back then that’s what it’s all about. All else is bullshit. That’s what rock’n’roll was for in the first place and as far as I’m concerned that’s what it’s still about. I’m trying to give them that feeling I felt the first time I heard ‘All Shook Up or Good Golly Miss Molly. I just want to send that shiver up their back because it’s the best thing I ever felt. It’s better than screwing.”