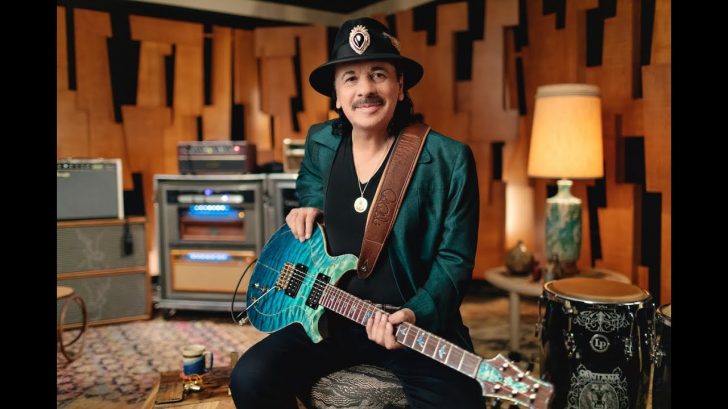 Carlos Santana is not only one of the most important guitarists in the history of rock, but he is also a businessman and philanthropist who helps children and young people.

Below are the 5 Reasons Why Carlos Santana Is A Guitar Legend:

After moving with his family to San Francisco, United States, he formed the group Santana Blues Band, but it was not until the end of the sixties when his career rebounded with hits such as ‘Black Magic Woman’ or ‘Evil Ways’, an album that was on the list. on Billboard for two years.

Santana has produced more than 20 records, the most recent being ‘Africa Speaks’ from 2019. In his almost 50 years of history, he has sold more than 100 million records.

The also vocalist has won 10 Grammy Awards and was the first Hispanic to obtain that award in 1999 with his production ‘Supernatural’. In 1998 he entered the Rock and Roll Hall of Fame. He has received three Billboard Awards and is ranked 15th in Rolling Stone magazine’s “100 Greatest Guitarists of All Time.”

Santana has also dedicated part of her life to social activism and humanitarian causes. In 1998 he created the Milagro Foundation, to which he has contributed more than 5 million dollars for art, education, and health services programs for children and young people.

He also created the project ‘Architects of a New Dawn’, with which he seeks to transform the world through music and positive messages.

The Universal Tone: Bringing My Story to Light

In November 2014, he released his autobiography titled ‘The Universal Tone: Bringing My Story to Light ‘, where he recounts various experiences of his life and his musical career such as when he used hallucinogens during his presentation at the famous Woodstock festival in 1969.