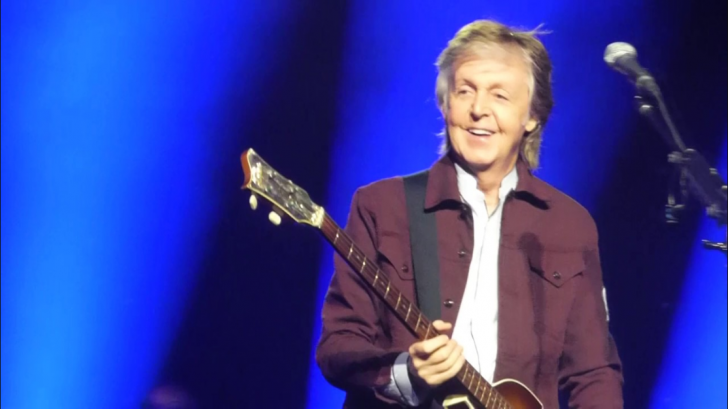 Paul McCartney or Sir James Paul McCartney – one of the main songwriters of the Fab Four, the Beatles — gave us the best music we ever heard collaborating with his colleague John Lennon. Paul has been active since 1957, and he’s still kicking releasing new singles and actively playing shows. We look back at the 5 Recent Facts About Paul McCartney:

1. In 2015, Paul McCartney Launched An Art Feature For PaulMcCartney.com

He launched an art feature for his website, PaulMcCartney.com titled ‘Paintings on the Wall’ (a lyric taken from the song ‘Picasso’s Last Words (Drink To Me)’ from the Band on the Run album). Each features a discussion of some of Paul’s favorite artists.

2. In 2016, Paul Broke His Silence About The Beatles Breaking Up

When Paul spoke to BBC Radio 4’s Mastertapes, he said that he suffered depression after The Beatles broke up.

“It was difficult to know what to do after The Beatles. How do you follow that?” he told John Wilson. “I was depressed. You would be. You were breaking from your lifelong friends. So I took to the bevies.”

3. in 2017, Paul McCartney Portrayed As A Pirate In Pirates of the Caribbean 5

It’s been a pirate life for Paul McCartney when he joined the cast for Pirates of the Caribbean 5  as Jack Sparrow’s (Johnny Depp) uncle. Did you all see him? You can check out the clip below:

Paul released his 17th solo studio album. The album was released by Capitol Records on September 7 of the year. You can check and listen to the full album below:

5. In 2019, Paul McCartney Surprised His Fans With A New Single ‘Get Enough’

As 2019 starts kicking off, he released a single surprising his fans at the stroke of midnight making the start of the year as something special. You can listen to his 2019 single, ‘Get Enough’ below: