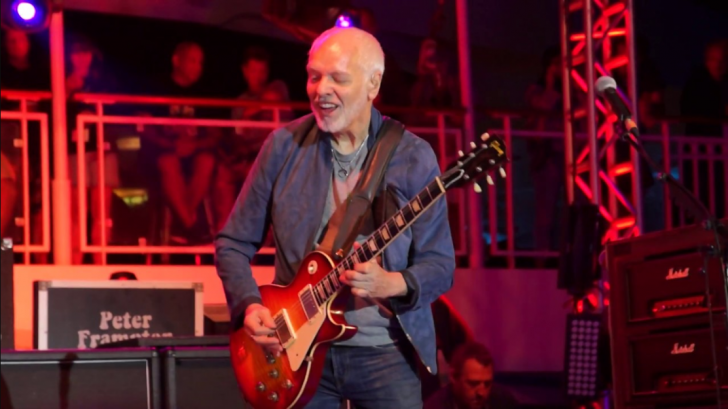 Peter Frampton, famously known for his 1976 record, “Frampton Comes Alive,” and to date is still one of the best-selling live albums of all time — also previously associated with the bands Humble Pie and the Herd — was one of the best classic rockers we ever heard. We look back at the 5 Recent Facts About Peter Frampton.

“Going upstairs and downstairs is the hardest thing for me,” Frampton, 68, told CBS’ Mason. “I’m going to have to get a cane … and then the other thing I noticed, I can’t put things up over my head.” Frampton was diagnosed with the incurable disease after a fall on stage in 2016.

Frampton argued with the cameraman after seeing him focusing on a fan, Sherry Tupa who was in the crowd during his show, rather than on the stage. Frampton later apologized after storming off to cut the show by saying he “felt we had completely lost control of this special moment in the show.”

Unlike other artists who say “Farewell Tour” can’t be taken seriously, Frampton means what he meant when it comes to “Farewell Tour.”

Both Miller and Frampton together conducted a 10-week, 40-date tour of North America.

“Music is ethereal, it moves back and forth between the past and the future,” Miller said in a press release. “I’m very excited to announce that 2018 is our 50th anniversary of recording and touring together as the Steve Miller Band, and we plan to travel between the psychedelic ’60s through the future with a vengeance!”