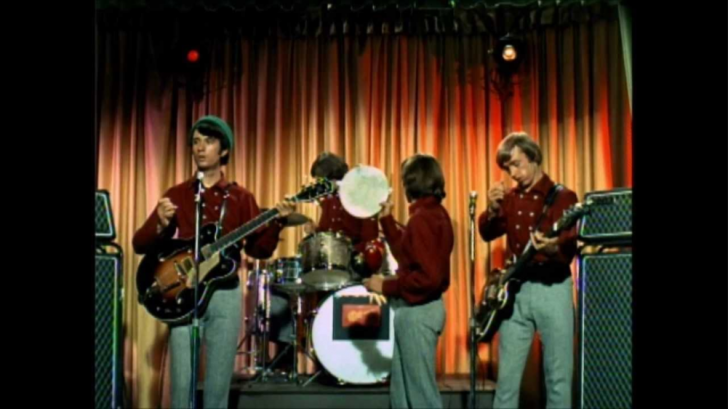 A lot of people think that the ‘60s was a pleasant time, when all tune released was classic or, at least, good. We’ll destroy the rose-colored glasses, and recognize even the Golden Age is filled with craps but craps that became legends.

The beginnings of this group are intimately linked to the surf-type music that emerged on the Californian coast. The Wilson brothers, their cousin Mike Love and friend Al Jardine, without knowing how to play instruments or anything, got together, began to rehearse, to verify the genuine and incomparable harmonic coupling of their voices, and thus decided to dedicate themselves to making songs for the public youth. Well, actually Jardine only participated in ‘Surfin’ ” because he was temporarily out of the band and was replaced by David Marks, the youngest of all. It is important to note that more than half of the songs here are already his own compositions, with Brian Wilson co-authoring all of them. And it can be said that the first Beach Boys albums are conceptual, since they talk about surfing, girls, and cars, but you don’t have to look for any load of lyrical depth, all simple and direct lyrics without pretense.

The Fairport Convention was cataloged as the British answer to the Jefferson Airplane and the music of the West Coast, and this album corroborates it, having, in general, a rock sound with some psychedelia. Here, for the first and only time, singer Judy Dyble appears, who was the one who provided the voice in some of the unreleased pre-King Crimson songs by Fripp and the Giles brothers, which would be released in the magnificent The Brondesbury Tapes.

the name Alice Cooper was referred to a band from Detroit that began its career by hooking on the bandwagon of the most eccentric post-psychedelic. It would not be until the rout in the mid-1970s that singer Vincent Furnier would appropriate the name for himself, even legally, as his real name was changed to Alice Cooper. Hence, the absolute identification of the name with the person makes them forget their true origins. Likewise, the style they developed in these early days has nothing to do with what we can associate with this type/group. But they would have something special when Frank Zappa took his eye on them and signed them for his record company, also participating in the production work.

When, in the 60s, in the middle of Beatlemania, someone remembered to do a series about four musicians, far from knowing that the format would not only catch on but would be mimicked in the next five decades. The Monkees are, in this sense, the grandparents of Miley Cyrus, mere faces of music written by studio composers.

Well, of course, The Who are one of the greatest groups in rock history, with one of the best rhythm guitarists ever (Pete Townshend), one of the best bassists, maybe the best (John Entwistle), one of the best drummers (Keith Moon) and one of the… well, there were times when he was also one of the best rock singers (Roger Daltrey). On their debut album, it shows that they had not yet defined the path they were going to follow, but that seeing the results obtained, the path they should go will be clearly outlined. Just as they changed their name several times (Detours, High Numbers), they also had to try various paths to define themselves musically.