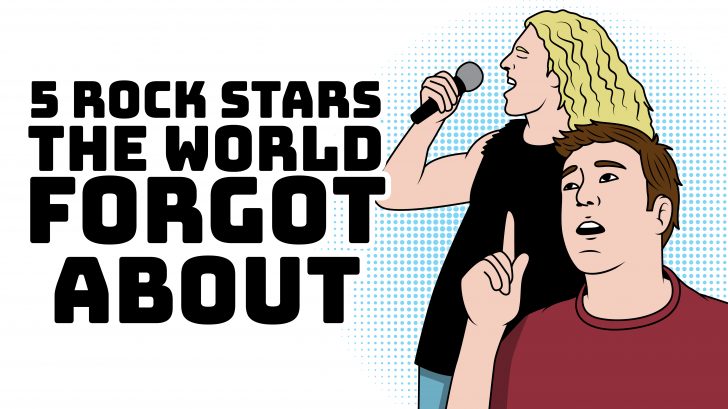 Music is ever-evolving and throughout the decades artists come and go people’s memories. Though many artists and bands are already etched in the public’s minds, some unfortunately become forgotten. There are some artists who were successful and influential in their heyday but now are nowhere to be seen or heard. Let’s refresh everyone’s memories and take a look at some rock stars that have been forgotten.

Advertisement
Sandy Denny
She was a fairly popular British folk rock singer known for her ethreal voice and chilling tracks. Sandy Denny started singing with three well known folk rock groups,Fairport Convention, the Strawbs, Fotheringay,  before focusing on her solo career. She released four solo albums in her short-lived career. She had so much potential in the rock n roll world, singing with Robert Plant pn “The Battle of Evermore” on Led Zeppelin IV in 1971. Sadly, Denny died a tragic death after she was discovered in a coma due to falling down a flight of stairs. Her death was possibly caused by the compounded effects of a prescribed painkiller with the consumption of alcohol. She was 31.
https://www.youtube.com/watch?v=gvdr_kilrw4
The Avengers/Penelope Houston
Before the epic popularity of the blockbuster Marvel movie, The Avengers was actually a punk rock band from San Francisco in the late 1970s. The Avengers was considered one of the first and best American punk bands. Notably, they opened for the Sex Pistols and released an EP We Are the One in 1977. The band broke up in 1979 but came together released the album Avengers in 1983. The band’s frontwoman Penelope Houston went solo and is now an acclaimed folk-rock singer-songwriter.
https://youtu.be/aLFZhSaRfGo
Graham Bond
The English musician is considered to be the founding father of the English rhythm and blues-rock boom of the 60s. He recorded two albums with Jack Bruce and Ginger Baker before that pair split to form ultimate rock supergroup Cream. Bond was voted Britain’s New Jazz Star in 1961 and though he seemed geared up for rock n’ roll success, he had a serious dark side. He was obsessed with occultism and was accused of molesting his daughter. He jumped in front of a London subway train in 1970.
https://youtu.be/c56a_Jd5aPI
Scott Walker
Scott Walker was part of the band Walker Brothers who ironically became part of the British Invasion despite not being British at all. He went solo and rose to the top of the charts with his pschedelic crooning musical style. He was a notable influence on would-be rock icons David Vowie and Bran Ferry. He went off the radar when his fame in the US started dying down, he also started believing in communism and decided to spend time at a monastery.
https://youtu.be/koO-rnus45M

Known as one of Nirvana frontman Kurt Cobain’s favorite bands, The Raincoats is a pioneering all-female post-punk rock band from the U.K. They were known for their endearing ragged and rough style. They are well-known for their off-kilter cover of the song “Lola” by The Kinks. Though The Raincoats did not catapult to record-breaking heights, they still continue to play shows and festivals today.