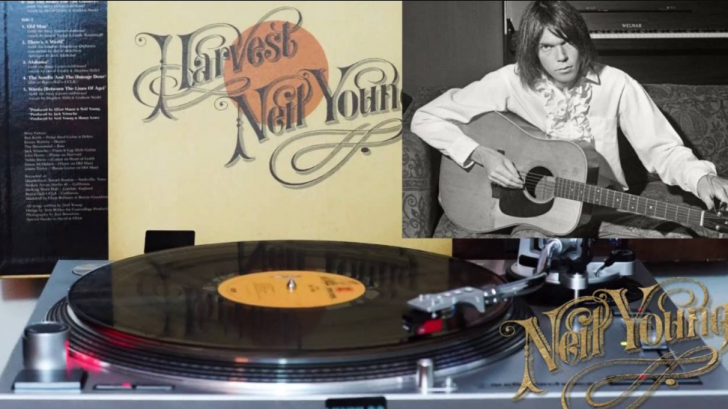 The ’70s was a creative peak for Neil Young that no one has been able to match. Because of the height he reached and how long that fever lasted. “Harvest” was born with the difficult sequel of that wonderful “After the Gold Rush” (1970). That difficulty had to be added to the tragedy that was going to start with the Canadian environment. His guitarist Danny Whitten would die months after the recording of the album, an album in which he had not participated due to his addictions.

The Needle and the Damage Done

This event made the song “The Needle and the Damage Done” premonitory and its ominous presence has ended up increasing the legend of the album. Especially when Young called Whitten to participate in the tour and had to fire him because he did not give a right hand. Hours after this he would die of a fatal combination of drugs and alcohol.

However, the album has many other virtues to rise above the disaster. It is not a bad omen album, on the contrary, it is a deep and exciting country-rock work built around the successful and eternal “Heart of Gold“, one of the most famous songs of the Canadian musician.

With “Old Man” you gotta love how he expresses with his face and body when performing the song – he is natural and lets himself be carried away by that wild and beautiful force.

One of the best Southern Rock song, and somewhat underappreciated due to it being overshadowed by “Sweet Home Alabama” of Lynyrd Skynyrd. What a shame few people appreciate such good music.

Out On The Weekend

Without a doubt, one of Young’s magical music. It’s extraordinarily well-written and the lyrics, infinite sensitivity about what it is to love.