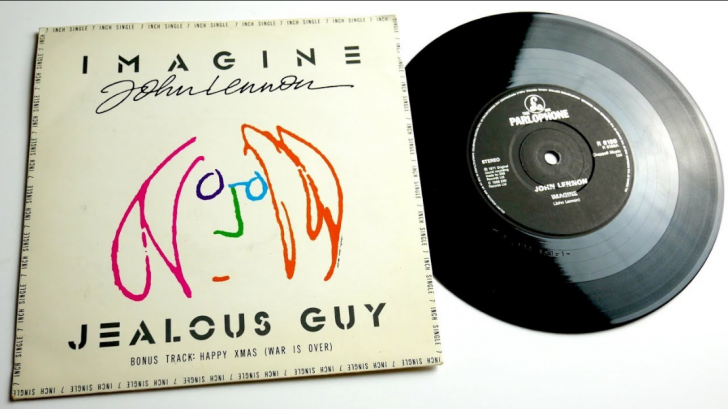 Imagine it is more than an album, it is a myth, a Leyenda, a piece of history that can be summed up in a simple song accompanied by a piano that at the same time summarizes (worth the redundancy) Lennon’s ideology and the hope of peace in the face of a reality antagonistic.

It is his best-known album, for which the world remembers him ignoring his character as ‘ex Beatle’, on the contrary, I think it is indisputable before critics and fans that he does not exceed his previous work, although in order not to blur what was said in the first lines.

It should be noted several hot moments of the album and various aspects such as the composition skills of this sensitive and aggressive man, insecure and daring, who on the album strips all these facets and gives us some of the most beautiful love songs ever created (‘ Jealous Guy ” Oh My Love ‘) and he doesn’t even bite his tongue to address McCartney harshly (‘ How Do You Sleep ‘), nor to demand political sincerity (‘ Gimme Some Truth ‘).

Jealous Guy” may be played around by sweet violins, but the lyrics show a deeply disturbed man.

You have to keep in mind that Lennon was, on the one hand, a disillusioned representative of the Peace and Love Generation, and on the other hand that he had already been the one responsible for cynicism at the Beatles.

How Do You Sleep

“How Do You Sleep”, an attack against Paul McCartney.

In summary, Imagine is a very well-thought-out album, it maintains a balance, it is subtly and magnificently orchestrated (two thumbs up for Phil Spector) and above all, its content should attract the attention of all future generations.

And then there’s the song, Imagine that would change the history of lyric-writing.