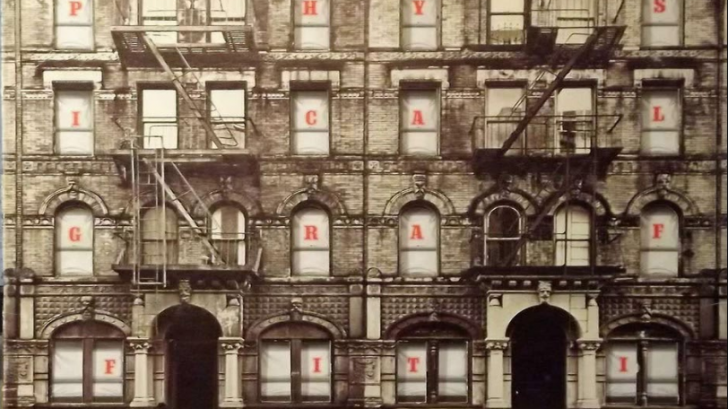 Physical Graffiti is a double album released in 1975 and brings together songs composed a few years before (between 70 and 74, if I’m not mistaken).

The first few seconds of “Custard Pie” already attract a lot of attention, it’s a broken sound, with a funky feel (at least that’s what I found). “Custard Pie” is the typical song that only Led Zeppelin could create.

“The Rover” has a great riff. The first minute dismisses Plant’s voice and is one of the best moments in the entire Led Zeppelin discography. With this track, it shows any band in the world how to compose classic heavy metal.

With its beginning also referring to the East, it brings a masterful interpretation of Robert Plant, one of the best of his entire career. The whole band performs the music as if on another level, on another plane. And when you hear it, when you close your eyes, you are truly transported to the magical world of zeppelins. The experience is recommended.

“Kashmir” is one of the band’s best-known songs, and one of the greatest classics in rock and roll history. With its paced tempo, reminiscent of the heartbeat, it shows the enormous talent of Page and Plant as composers, searching in the east for new sounds for Zeppelin.

It can be seen in the theme of this song and as one source of inspiration for many contemporary musicians.
This album is the perfect and balanced combination of staggered experimentation that starts in 1969 and goes where no one else has gone.