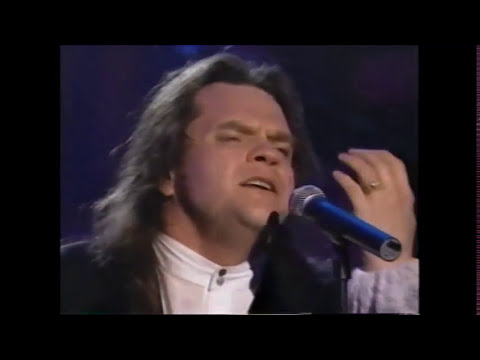 A singer with a privileged vocal register that few, very few, if not none, are capable of matching. Meat Loaf is one of those particular characters in the History of Rock who has true gems in his career and long journeys through the desert. Below are the 5 Songs That Made Meat Loaf Famous:

You Took The Words Right Out Of My Mouth (Hot Summer Night): A dialogue with Marcia McClain kicks off another splendid theme. Once finished, the music explodes with a desire, a 70’s rock of the highest quality. Springsteen touches on the arrangements and top-notch melody. Bombastic, female choirs, and the vocal marvel of Meat Loaf lead us through this marvel.

Two Out Of Three Ain’t Bad: The second ballad on the album (Bat Out Of Hell). A subtle melody with minimalist and acoustic arrangements to which the classic choruses of the album are added. The melody becomes brighter with the input of the drums, the melody is exquisite. The dialogue between Meat Loaf and the backing vocals is another brilliant moment of the song.

Meat Loaf is the hallmark of the album trilogy that he has released in his career under the same title, the most successful being Bat Out Of Hell II: Back Into Hell (1993). On this record is the song with which he won a Grammy for Best Rock Performance and that you have surely heard at some time, “I’d Do Anything For Love (But I Won’t Do That).” The video clip is a marvel shot by Michael Bay before he dedicated himself to making us dizzy with his Transformers movies.

The rest of his career has very interesting moments such as this song ‘Bat Out Of Hell’ released in 1977 included in the album of the same title. In this song, you are going to discover one of the most personal voices in Rock, who unfortunately retires from the stage due to back problems.

We face the final part of this list with the most essential and long song in Meat Loaf’s categories. Spectacular song with all the ingredients and the purest style of the Steinman-Meat Loaf alliance. Pure rock from the 50s to start the song, moments of sublime pleasure before which you can’t resist moving your feet. Pure rhythm, energy, vitality.