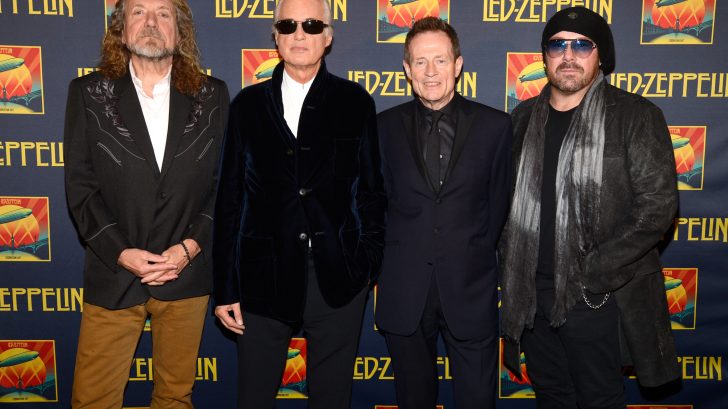 Were they accused… unjustly or with evidence? The story behind 5 Led Zeppelin songs ripping off other artists.  ‘Stairway to Haven’ is a popular song by the British hard rock group, Led Zeppelin. The song was released on November 8, 1971, and is part of the Led Zeppelin IV album. The case of Led Zeppelin ripping off the opening guitar riff on ‘Stairway to Heaven’. Years ago Robert Plant and guitarist Jimmy Page were accused of stealing Randy Wolfe’s 1967 Taurus guitar solo (Spirit). In addition to this popular song, throughout Led Zeppelin’s career, it was known and talked about many other similar songs and other plagiarisms that both Robert Plant and Jimmy Page made.

Jake Holmes is the man who claims that Jimmy Page stole his song ‘Daze and Confused’ which he wrote in 1967. The tune was part of his first LP The Above Ground Sound. Holmes states that the theft of the song took place at a concert in Greenwich Village in ’67. In an interview with Musician magazine, Jimmy denied knowing the James Holmes they were asking him about.

‘Whole Lotta Love’ is part of the 1969 Led Zeppelin II album. It is one of the most successful songs of the band and of that album in particular. This tune is based on Muddy Waters and Willie Dixon’s ’65 You Need Love, especially the lyrics. All of this led to Dixon deciding to fight and sue the band. In 1985, Led Zeppelin was forced to include Willie Dixon in the credits, winning the court fight. Robert Plant declared himself a fan of blues and soul and it was very common for them to cite songs by those singers.

‘The Lemon Song’ was released in 1969 and belongs to the Led Zeppelin II album. The song is about a sexual innuendo. The tune was originally called ‘Killing Floo’r, which is the tune Led Zeppelin was based on. Howlin’ Wolf is the blues singer who inspired the band. In fact, in several concerts that they presented in 1969, the song was presented under the same name. They first tried to put it out on an album, crediting Wolf, but after a legal challenge, the song was changed to ‘The Lemon Song’ and obviously adding the credit to Howin’ Wolf.

It was thanks to Annie Bredon’s son that the song ‘Baby I’m Gonna Leave You’ was recognized as the work of his mother, who was part of the 50s. This song was first covered by Joan Baez and later by Robert Plant with Jimmy Page. The version of the Leds sounded much stronger, making a fusion with acoustic and electric sounds. “Baby I’m Gonna Leave You” was released on Led Zeppelin’s debut album in 1969. Had it not been for the legal forces of Annie’s son, the song would have been remembered as Baez’s.