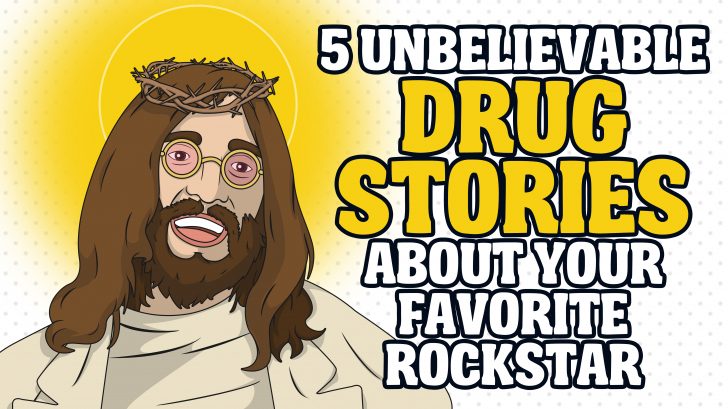 DRUGS WAS THEIR HEAVEN AND HELL!

For most of the Rockstars who have ever stepped foot on this planet of ours, drugs and alcohol were their meal. They took it as their reason for living. Without their drug abuse, they wouldn’t probably be called Rockstars. These musicians were really high on drugs to the extent of impossibility. For musicians, drugs have done some good shits for them. It was probably the reason why they have created most of the great records!

“You see, I think drugs have done some good things for us. I really do. And if you don’t believe drugs have done good things for us, do me a favor. Go home tonight. Take all your albums, all your tapes and all your CDs and burn them. ‘Cause you know what, the musicians that made all that great music that’s enhanced your lives throughout the years were rrreal fucking high on drugs. The Beatles were so fucking high they let Ringo sing a few tunes.” –Bill Hicks

5. He Thought He Was Jesus Christ

John Lennon got really high and called for a meeting of The Beatles just to tell them that he was the second coming of Jesus Christ. That’s pretty crazy. Everyone rushed in quickly because they thought something came up.

“I’ve got something very important to tell you, I am Jesus Christ. I have come back again. This is my thing” –John Lennon

They weren’t even shocked to hear it from John Lennon, the guy was pretty high on drugs.

And yet, John Lennon still insisted while having their lunch at a cafeteria that he was really Jesus Christ. A fan just stumbled upon in front of them in awe meeting John Lennon for the first time in person, but John Lennon told the fan that he is not who think he was.

4. Kidnapped Because Of Drugs

As a musician, drugs, and alcohol were part of his life.

One night, Hendrix was on the streets searching for more dope and met a group of young people who told him that they had plenty of booze and drugs at their house, so Jimi Hendrix went with them. When they reached the house, they locked him in a bedroom and the group of young people called his manager asking for ransom money.

Hendrix manager decided to send a mob enforcer named Joe Roberts to go after those kids. The kids got really scared and released Jimi Hendrix immediately.

But Hendrix didn’t really have any idea of what was going on.

“Jimi was so stoned, he probably didn’t even know he was ever kidnapped.” – Joe Roberts

3. He Thought He Was On A Sci-Fi Movie Guitar hero legend Slash has done so many drugs and alcohol that the doctor told him when he was at the age 35, he had only six days before losing his life. Though the doctor managed to keep him breathing putting a defibrillator on his chest.

Slash took a moment to stop using drugs. But after a few moments of toning down his drugs abuse. He became worst.

He had a moment where he thought he was being chased by an alien that looked like the Predator. He was so certain that the Predator was trying to kill him with a machine gun and harpoons, so he ran naked through a golf resort in Arizona and broke into a hotel.

After he got inside, he grabbed the housekeeper to use her as some sort of a shield while on his way over to a lawnmower. He hid behind the lawnmower until the police arrived. He ran towards them and thanking them for rescuing him from a Predator that was trying to kill him. Slash was super high to distinguish what was real.

2. The Scientist For Smoking Drugs 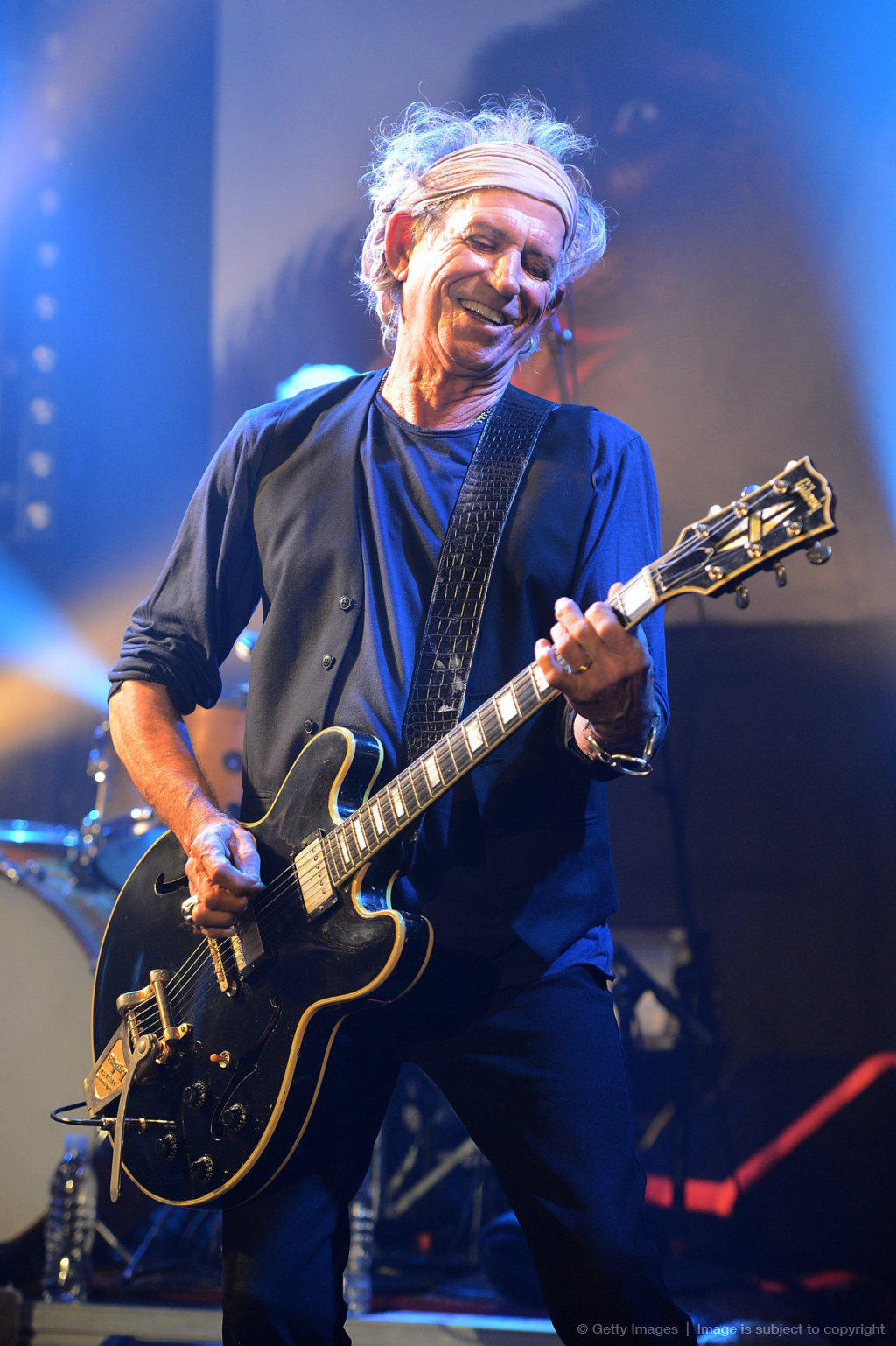 The most incredible drug abuser in the history of rock n’ roll. People wonder why Keith Richards is still alive. What they do not know, the legend is immortal. Keith Richards is one of the best musicians to ever live on this planet.

He had unbelievable talents for smoking his narcotics. He smoked a lot of kinds of stuff that were not even possible for a human being to endure.

There was a time that a media reported Keith Richards was mixing up his father’s ashes with cocaine. That’s a weird way to experiment on drugs. But since Keith Richards is Keith Richards, he’ll probably live for a thousand years more…

1. Scientists Were Shocked To See Why He Was Still Breathing 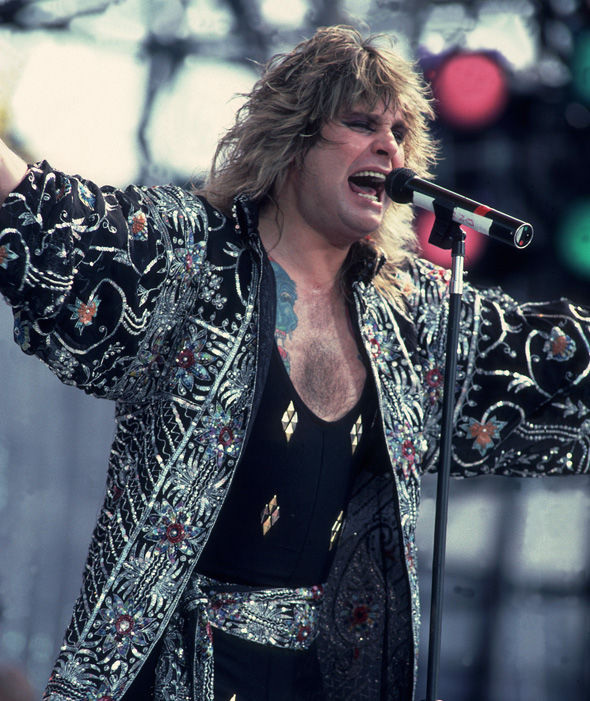 The drug is the middle name of Ozzy Osbourne. He has done so many drugs that scientists were very intrigued, so they checked his DNA to figure out what’s keeping the prince of darkness alive.

“There really no plausible medical reason why I should still be alive.” –Ozzy Osbourne

Even Ozzy admitted that he should be dead by now.

One of those variants that keeping him alive is his Neanderthal genes. Ozzy is one of the few people alive with that kind of genes in his blood.

In the 1970’s, Ozzy Osbourne took acid every day for two years straight. He has done so many drugs that made every drug abusers looked like amateurs.