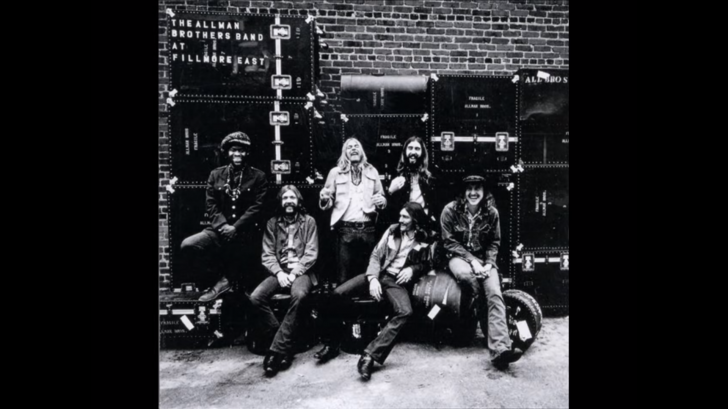 The Allman Brothers Band was formed in 1969 in Jacksonville, Florida, and established a reputation as a leading name in American rock music in the 1970s. The band is credited as the founders of the southern rock genre and as a major force in establishing Macon, Georgia, as a major center for popular music recording in the late 20th century. The Duane brothers and Gregg Allman had played in various bands during their teens, including the Houserockers, the Allman Joys, and HourGlass. Following Duane’s departure from HourGlass in 1968, the brothers moved to Muscle Shoals, Alabama, and the following year, Duane signed a management and recording contract with Phil Walden of Capricorn Records. Throughout the year, the brothers established a band with former Otis Redding drummer Jaimoe, Tommy Roe, and The Roemans bassist Berry Oakley, lead guitarist Dickey Betts, and drummer Butch Trucks.

It happened on January 12th, 1995, at the Rock and Roll Hall of Fame 10th-annual induction ceremony which took place at New York’s Waldorf-Astoria hotel. Willie Nelson did the honors and made a speech to induct the group and Gregg Allman stepped to the mic and gave his piece thanking “the greatest friend, brother, guitar player, and inspiration I’ve ever known, my brother, Duane,” adding that “He was always the first to face the fire. He was my greatest motivation.”

The instrumental piece, “Jessica” landed the Grammy Award for Best Rock Instrumental Performance in 1996. The track was the second single of the band’s fourth album which was released in December 1973 titled, “Brothers and Sisters.” The instrumental piece was penned by Dickey Betts as a tribute to guitarist Django Reinhardt.

The Allman Brothers won the Grammy Hall Of Fame in 1999 for their “At Fillmore East” live album. This record was their first live album released in July 1971. The live recordings happened, as the title suggests, at Fillmore East located in New York City.

The group received the award on November 20, 2008, which took place at the Billboard Touring Awards located in Roosevelt Hotel, New York City. Legend Of Live Award is a recognition for bands who toured professionally and had a notable impact on the music industry.

Allman Brothers Band received the award in 2012 from The Recording Academy. This award recognizes performing artists who, during their careers, have given contributions of exceptional creative importance in the field of music recording.

Originally the recordings of The Allman Brothers Band live at the Fillmore were released on a double LP in July 1971. It was one of the monumental albums of nascent southern rock, and is one of those records that appears on every top chart. Live albums from rock history. The expanded edition was announced in a 6-disc box-set, no less, in July 29, 2014 and won the Favorite Box Sets Award.