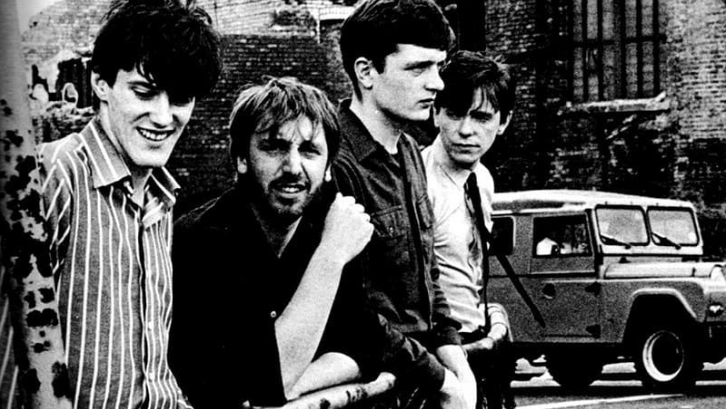 In 1980, Ian Curtis killed himself by hanging himself at his home in Macclesfield, UK. The leader and vocalist of Joy Division left this world at just 23 years old and with a promising career ahead of him.

The post-punk group Joy Division, a group that, despite its short but intense career, greatly influenced subsequent music. It has also had a lot of significance in the cinema, either with the use of their music, with films about them, or with references.

Love Will Tear Us Apart

It is the band’s best-known song and has become an anthem of modern popular culture. It does not belong to any studio album but is a single, the last of the group, released in 1979. Its powerful guitar rhythm from the beginning and Ian’s distorted voice makes it an indispensable song for any music lover.

It was released in 1980. It soon became one of the band’s most iconic songs. It is a very calm and relaxing song that has a slow melody. A lament from the deepest part of being. Producer Martin Hannett played an important role in the development of the song.

The track that opens their first album, Unknown Pleasures, was released in June 1979. The song serves as a presentation of the group, in which each member gradually enters as each instrument intervenes. It’s one of the few Joy Division songs that makes me feel good.

This subject only got to be interpreted on a single occasion. It was at the last concert the band gave, on May 2, 1980, in Birmingham. Later it was recorded in a studio version, the group’s last recording. In the sound of the song, C and F major predominate. The sound lacks a keyboard, an elementary instrument in the rest of Joy Division’s compositions.

It is the sixth single from Unknown Pleasures. The lyrics were inspired by a girl suffering from epilepsy (like Ian), who suffered a seizure while he was working in a job office. The song reached number 1 on the British independent charts. It’s a bumpy beat, with minimalist bass, almost mechanical drums, and powerful, gliding guitar riffs.

The track was released by Factory Records, producer of the famous Tony Wilson, one of the promoters of the Manchester sound. It was chosen by the NME in 2007 in the 20th position of the 50 best indie anthems, one position below Love will tear us apart.

It was included on the band’s second and final album, Closer, from 1980. The beat is carried by a Stephen Morris drum sound accompanied by Bernard Sumner’s keyboard. It is the song whose sound is farthest from the characteristic and usual style of Joy Division since it has an electronic sound closer to the style of the later New Order formation.