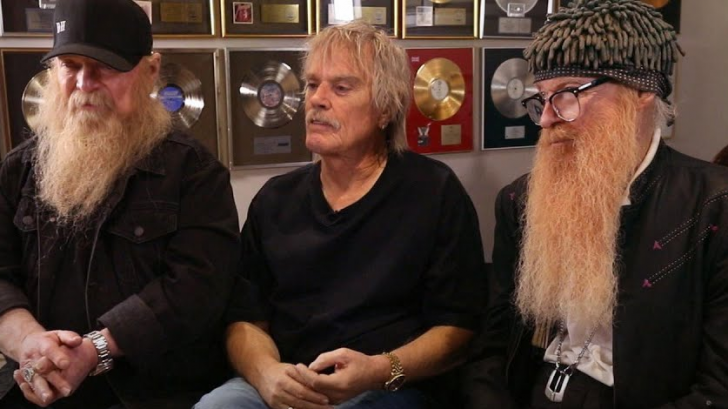 The legendary trio composed of Gibbons, Dusty Hill, and Frank Beard has sold more than 50 million albums and were inducted into the transcendent Rock and Roll Hall of Fame in 2014, among other of their most successful triumphs. We look back at the 7 Incredible Tracks Of ZZ Top’s Frank Beard:

The most notable part of this song was the tasty riffs contributed by Joe Bonamassa. However, it was Frank that gave it the feel that it deserves with all the groove behind the kit!

Who says the monotony of touring can’t be a source of inspiration? One of the hits of Degüello (1979), in addition to I’m Bad, I’m Nationwide, is this ode to cheap glasses that emerged in the middle of a tour of the band. This song was made possible by Frank Beard’s famous “laid back and easy groove.”

According to the bassist Dusty Hill, the term “Tush” could have the meaning of “booty”, of “luxurious” or also of “beautiful buttocks” and is that the lyrics are completely interpretable. ZZ Top was inspired by the Texan musician Roy Head, who released the instrumental “Tush Hog” in 1967 and the trio also composed it while watching a rodeo show in Alabama. Franks drumming in this song gave it the feel and the groove.”In my opinion, no one holds down a cut shuffle better than Frank Beard,” Dusty said ” Frank’s drumming is all about the feel and the groove! He can hold down a groove and swing the tempo just so, to give a song that famous ZZ Top feel.”

The addictive, vigorous and frenetic boogie-rock, from 1973, is the No. 1 of ZZ Top’s career, you position yourself in the perspective that you position yourself. We recover here the mental flash that the song caused and it is none other than the town of La Grange, in Texas; where a crowded and visited brothel (called Chicken Ranch) was located by many beardless university students from that gigantic state in the southern United States. Franks Weird, the drummer for the UK-based tribute band called, ZZ TOPS said that the song is all about Frank Beard to him, “with great fills and triplets and a fantastic swinging groove!”

Heard It on the X

This is considered one of the hardest songs to learn from the ZZ Top. The Frank Beard’s was so awesome that it was complex and creative. The beat was all over the place but in the right places!

With ‘Precious and Grace,’ Frank’s creativity and awesomeness in the drums was showcased. It has one of the feels and groove that Frank’s has laid down for the ZZ Top.

The Frank Beard’s number one and most groovy song – the drum beats are so impeccable that they make you all funky and dirty at the same time.