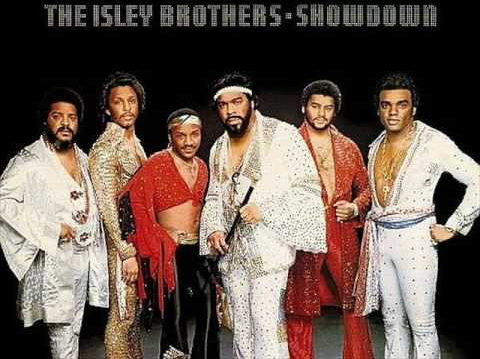 The Rise Of The Soul/Funk Groove Masters Siblings

The Isley Brothers were one of the longest, most influential, and most diverse groups in the history of music. They were unique and had a place in the music scene. Jimi Hendrix once played for them and even mentored the young guitarist, Ernie Isley who somehow inherited Hendrix’s mantle and style.

We look back at the “7 Songs To Summarize The Career Of The Isley Brothers.”

“Harvest for the World”

There are songs that we can always listen to over and over and not get fed up with them, and this is being one of them. The passionate vocal performance of Ronald made the song hauntingly beautiful. While the chord progression was over the top rich with a tight groove.

The track that influenced a lot of bands who came after them. They took it to another different level, pioneering the sound of psychedelic rock/funk with a beautiful interpretation of the original version of James Taylor.

This was one of their tracks that they recorded with Motown Records, and it was indeed frustrating because they never achieve the success they were trying to get with it, as an “A-list” act. But the song was indeed great and still managed to reach the 22 on the R&B charts in 1968.

“Take Me to the Next Phase”

The fake audience sounds took it away and were the only worst part of the song. However, the fuzzing basslines of Marvin Isley awesome playing intertwined with Chris Jasper’s synth will make you groove with the song.

This is one of the cover songs they did in the 1970s’, and they did it with perfection and took it like they owned it. Ernie Isley showcased it here what Jimi Hendrix taught him the face-melting guitar solos.

“Move Over and Let Me Dance”

One of the songs where Jimi Hendrix took part as their guitarist, and you’ll eventually know that it was him – because of his distinctive style. This just showed how he exactly fitted and the way he played in the mid-1960s. Jimi was indeed all about the groove.

“Ballad for the Fallen Soldier”

Ronald’s awesome vocals and Ernie’s edgy guitar playing shows that their chemistry, not just brothers, but as a band was one of its kind. This track even showed how their social status and life experiences took part as an inspiration for them to pursue a journey in the music scene.