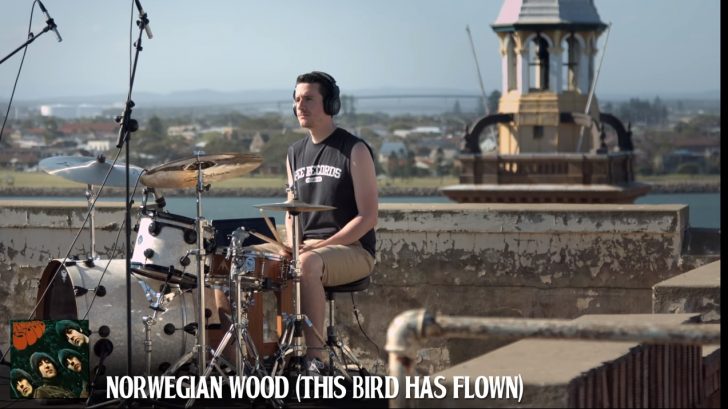 Ringo Surely Did A Number On Those Beats!

It’s not every day that you get to see a guy who’s a beast behind the kit and can deliver such awesome cover, and it’s not just a single drum cover of a song, but a PACKAGE! Yupp! That’s what exactly this post is all about! — Newcastle’s drummer Kye Smith doing a drum chronology of the Beatles’ entire career and he did it in just 5 minutes!

Kye Smith aims to cover any bands entire career under 5 minutes using snippets of their work from the beginning of their career to now. Some of the notable bands (he already covered) we already featured here is AC/DC you can watch it HERE.

And I hope this will not be the last time we will post about Kye’s “Drum Chronology” while covering some legendary rock band’s entire career in just 5 minutes. One quick note, the video below has had over 3 million views on Youtube, and it seems that Kye Smith will go places with that kind of popularity the local drummer was also asked to fly to New York to perform that exact same thing – Beatles Drum Chronology at Madison Square Garden during halftime at a New York Knicks game.

Well judging his so-called “internet fame,” I really bet he’s going places and amongst the drum legends. Kye also plays for a band called Local Resident Failure, he also works in the multimedia industry  (that’s why he’s good at filming) and has also played for Frenzal Rhomb stepping up behind the kit for Gordy when he sustained a serious arm injury during their show in Perth’s Amplifier Bar.

If you’ve never heard of him and seen any of his Drum Chronology Videos, then you’re in for a TREAT!

KEEP GOING FOR THE VIDEO BELOW: