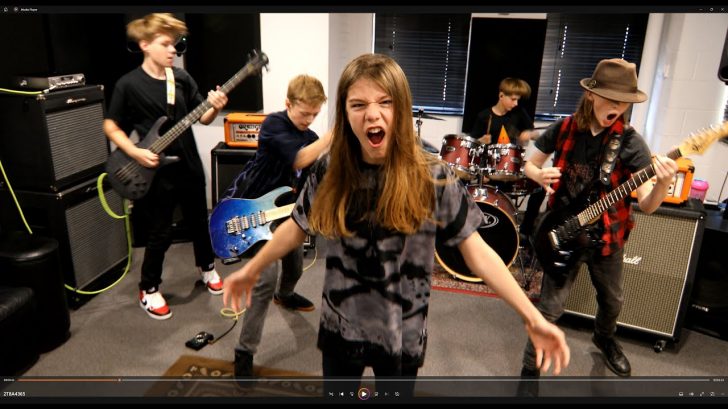 It’s always enjoyable to watch a group of upcoming artists adds their own flair to an excellent rock or metal song. The U.K. is a prime example. group Beyond the Sons, whose stunning new rendition of Ghost’s “Square Hammer.”

The kid rock band described themselves as “12-14 year old kid shaving the time of our life playing rock” when they shared their clip to Twitter on Wednesday (Oct. 12). Adorably, they even imitated Ghost’s distinctive ritualistic style in their tweet:

“[MESSAGE TO THE CLERGY] We, the children of the UK share with you @thebandGHOST our cover of Square Hammer. / Apprentice Papa.”

[MESSAGE TO THE CLERGY]

We, the children of the UK 🇬🇧 share with you @thebandGHOST our cover of Square Hammer.

Naturally, “Square Hammer” which was first released on Ghost’s second EP, 2016’s Popestar is only the most recent in a line of similarly outstanding renditions. Before that, Avenged Sevenfold’s “Afterlife,” My Chemical Romance’s “Famous Last Words,” and Shinedown’s “Sound of Madness” were attempted by Beyond the Sons.

Keep going for their rendition of “Square Hammer” in the video below: