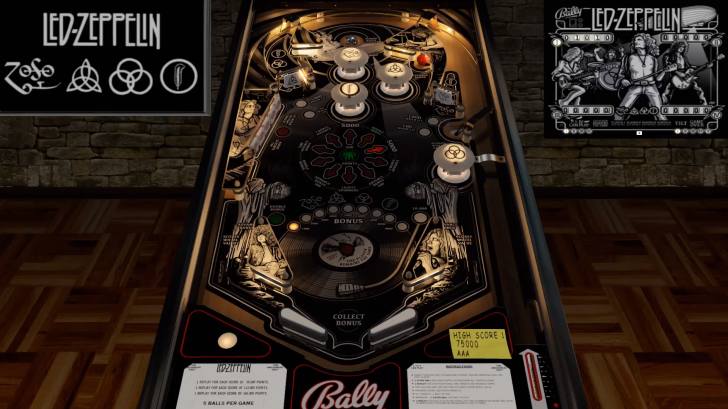 A Led Zeppelin pinball machine is on the way. It will be made available in the next few weeks.

The news came from a video uploaded to YouTube by game maker Stern Pinball.

The clip starts with the sound of a concert crowd and is quickly met with dazzling spotlights. Roaring applause explodes as the band’s name is revealed, including a title card simply stating the release is “rocking out soon.”

No photos of the pinball machine are revealed in the video and further information has yet to be released.

Stern Pinball is the world’s oldest and largest maker of pinball machines. The company has produced countless classic rock-themed machines in the past, with machines focused on the Beatles, Iron Maiden, Aerosmith, Metallica, AC / DC, Kiss, and The Rolling Stones.