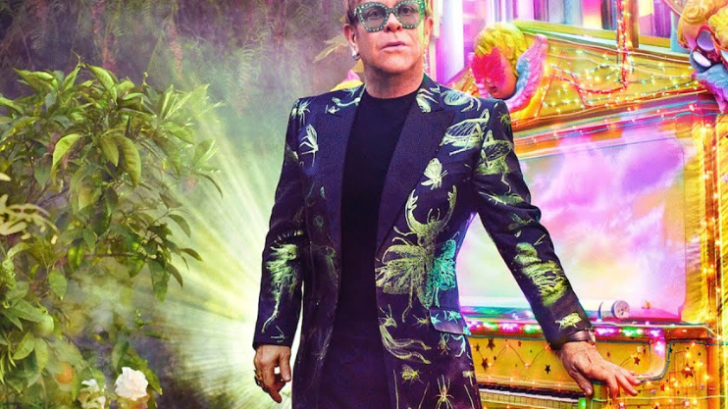 Documents came to light proving that the British Royal House did not want Elton John to perform during Princess Diana’s funeral.

One of the most dramatic events of the 20th century was the death of Princess Diana of Wales, a fact that not only shocked politics but the world at large. And among those greatly affected by that loss is her great friend Elton John, who sang at her funeral.

How did the friendship between Elton John and Princess Diana of Wales start?

From that party, a friendship was born between the two, which prevailed until Diana lost her life (August 31, 1997) in a car accident on the Puente del Alma, located in the city of Paris, France.

Precisely during the funeral (September 6, 1997) of Princess Diana in Westminster Abbey, her friend Elton John was present, not only because of the friendship that united them but also to pay tribute to her through music. The English singer-songwriter, dressed in a black suit, sat in front of a piano to perform a new version of the song “Candle in the wind”; the piece was scored by Elton John and written by Bernie Taupin.

The song was originally written in 1973 in honor of Marilyn Monroe, who died 11 years earlier. And it was featured on Elton John’s “Goodbye Yellow Brick Road” album.

For the new version, Elton John modified the first verse “Goodbye, Norma Jeane” by “Goodbye, rose of England”. It almost fell out of the funeral repertoire.

This week some documents were published from the National Archives of the United Kingdom in which it is revealed that, at that time, the British Royal Family was reluctant to the idea, especially because they considered that the new letter could be “very sentimental”. Even Westminster Abbey gave the Royal Family a solo saxophonist to interpret the song as an option, in case they refused Elton John’s participation.

It was there that the priest of Westminster at that time, Wesley Carr, interceded through a letter addressed to Buckingham Palace so that the singer-songwriter could perform “Candle in the wind.” The priest argued that the song would be an “imaginative and generous” gesture for the public, who to a large extent seemed to be against royalty, as they perceived indifference towards the tragedy.