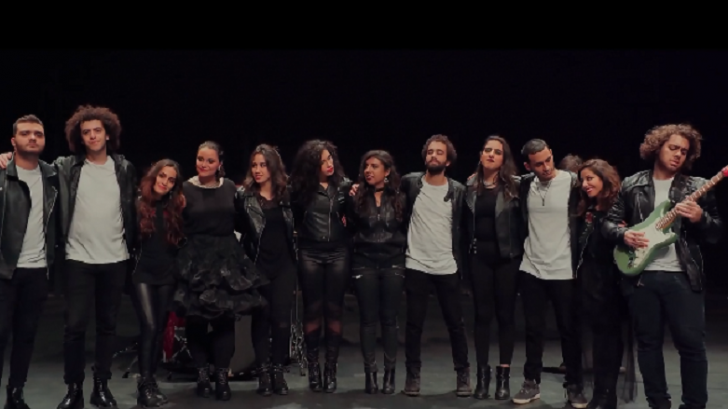 A Proper Tribute To Rock Legends

Just a few seconds into it and we knew it was going to be so good. You see, we can no longer keep track of how many Queen tribute covers we’ve seen over the years. Some of them were mediocre and fall under the “A for effort but just okay overall” category while others were mind-blowing and jaw-dropping, something that would make Freddie Mercury so proud.

And then, we stumbled upon this rare gem. It’s a powerhouse performance to say the least. And boy oh boy, we just can’t get enough of it!

Fun Fact: Fabrica is a group of extremely talented individuals from Egypt who are also musical theatre artists. Founded by Dr Neveen Alouba and theatre Director Mohamed Abo El Kheir, Fabrica started in 2011 and they’ve been busy doing operas and plays all over Egypt. They even toured around the US in 2014!

For the last few months ever since the official trailer for the biopic “Bohemian Rhapsody” dropped, people can’t stop talking about Queen. In fact, the younger generation are only “discovering” how epic Queen’s catalog is. And we were also sure we’d be seeing several tributes and covers.

Fabrica performed a medley of Queen’s biggest hits. It’s over seven minutes but really, you can’t shorten something this stellar. It could go on for twenty minutes more and we’d be here for it! From the smooth transitions to the flawless vocals, this is what musical perfection sounds like.

“The video was so hard to make because it’s a one-shot video. We had to go to where we were filming it at 9, and by the time we were done everyone was dead tired because we found that it took us 40 takes and almost 12 hours of work.” – Music video director Mohamed Koushi

All those hard work definitely paid off!