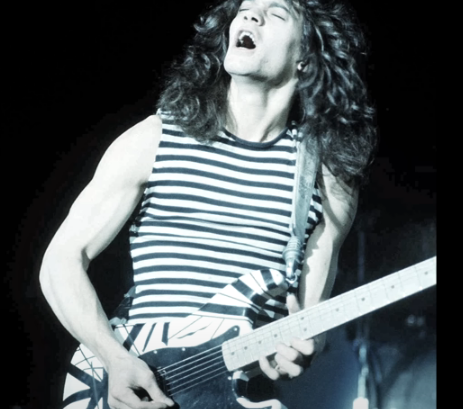 Eddie Van Halen, great representative of the tapping technique and leader of the band that bears his name, is considered the second revolutionary of the guitar after Jimmy Hendrix. Likewise, he is in eighth place on the list of the 100 best guitarists in history, according to Rolling Stone magazine.

With his iconic, raucous guitar solos, Eddie Van Halen helped dethrone disco from the pop charts in the late ’70s. Well, the debut album: Van Halen, and later with the successful “1984”, where we find the classics “Jump”, “Panama” and “Hot for Teacher”, once again called the attention of Hard Rock.

However, and before all the successes, who, really, was Eddie Van Halen?

From a very young age, the Dutch immigrant was influenced by music, since his father was a jazz musician. In turn, Eddie Van Halen was a kind of musical contradiction: he was a self-taught person who could play almost any instrument; but who, however, could not read sheet music. Likewise, both he and his brother Alex Van Halen would start in music thanks to the piano.

In the video below, you will learn about the tales of Eddie’s iconic guitars, narrated and created by musician, Keith Williams of five watt world.

This video is heartbreaking for all of the reasons listed at the conclusion. You can recall hearing Eruption for the first time in your bedroom when you were 15 years old and physically sobbing because you just can not digest what you were hearing any other way. He demonstrated to every musician the desire for quality and the pure delight of playing the guitar. Rest in peace, and many thanks for this video.