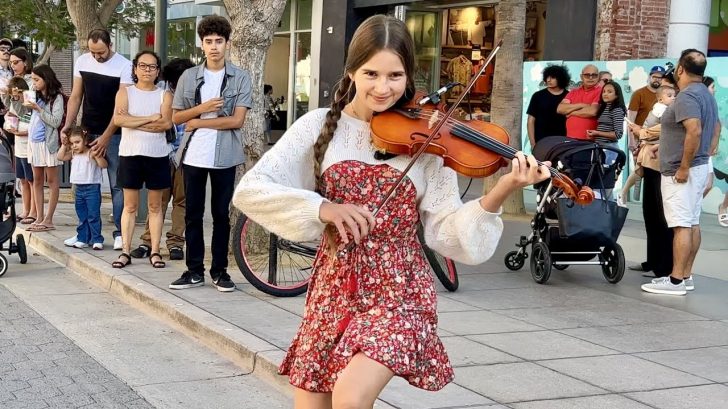 Karolina began studying the violin in 2014, but she didn’t begin performing for a living until 2017. She thoroughly likes giving concerts in public, and people frequently videotape her. Karolina’s performances went popular as people started posting footage of her busking on YouTube and Facebook! You can tell she loves to perform when you see her play, which is one of the primary reasons she has so many devoted admirers worldwide.

She frequently returns with her guitar to Santa Monica’s 3rd Street Promenade to serenade the audience since it is her favorite busking venue. It’s fascinating to see how a young woman’s career develops given that she has already attained a high level of instrument mastery. In order to grow her fan base around Europe, Karolina has also collaborated and made videos with another Italian busker phenomenon named Daniele Vitale.