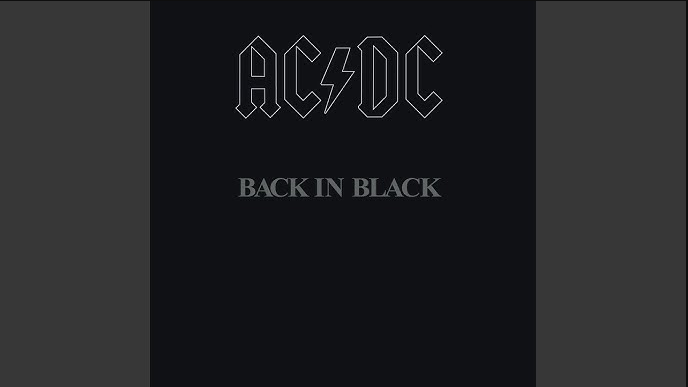 AC/DC’s arguably greatest album Back In Black, recently been certified 25x platinum announced by Recording Industry Association of America (RIAA) for US Sales of 25 Million Copies.

Back In Black featured the debut of frontman Brian Johnson following the tragic death of Bon Scott six months before its release.

The album was released as a tribute to Bon Scott, featuring with lead single “You Shook Me All Night Long” including classics such as “Hells Bells,” “Shoot To Thrill,” “Have A Drink On Me,” and the album’s title track, “Back In Black.”

“Back In Black” was an incredible success: selling a million copies in its first three months and a million for each year for the next decade, reaching 10 million copies being sold by 1990; the album’s most recent certification was in 2007 reaching 22 million sales.

The album now peaking in fourth place in all-time US sales, where The Eagles “Their Greatest Hits (1971-1975)” sits in first place at 38 million followed by Michael Jackson’s “Thriller” with 33 million and The Eagles’ “Hotel California” with 26 million copies.

Back In Black will reach its 40th anniversary in 2020.

In related news, AC/DC reunited in Vancouver, BC last year, in works of a rumored new project and the possibility of a world tour.