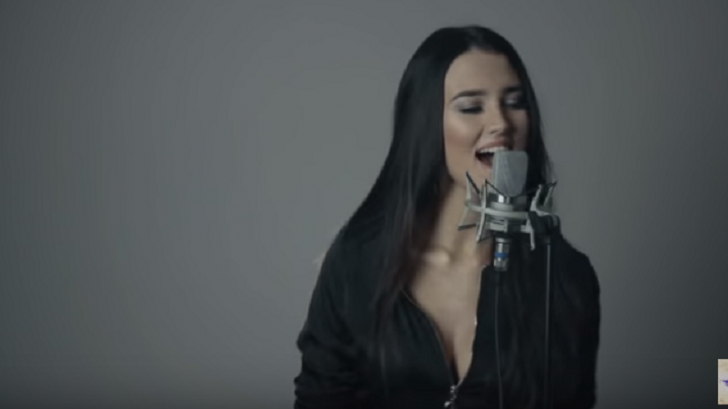 There’s no shortage of AC/DC covers – from kids to other legendary rockstars like Foo Fighters. But let’s face it, AC/DC raised the bar high when it comes to energetic and electrifying performances. When you see them on stage, you just know you’re about to witness something great. They truly know how to put on a show!

Even when they were no longer at their prime, they proved time and again that they could still upstage most of today’s musicians. Especially with Brian Johnson’s powerful vocals, every performance is guaranteed to be top-notch. And don’t get us started on Bon Scott – he was clearly one of the greatest frontmen to ever walk the earth.

Besides, can you imagine living in a world that has never heard of “Highway to Hell?” That guitar riff alone is enough make it unforgettable!

“It was written about being on the bus on the road where it takes forever to get from Melbourne or Sydney to Perth across the Nullarbor Plain. When the Sun’s setting in the west and you’re driving across it, it is like a fire ball. There is nothing to do, except have a quick one off the wrist or a game of cards, so that’s where Bon came up with the lyrics.” – Brian Johnson

And as far as cover goes, we think we found our new favorite – this one by Sershen & Zaritskaya. The lady has some serious set of pipes and that basically made her take on this classic smoking hot! Her voice is made for rock ‘n roll.

And another thing we love about this is how she didn’t try to copy the original version. Instead, she added her own twist to it and it absolutely worked!

We don’t know about you but this rocks. We’re hoping to hear more from them!