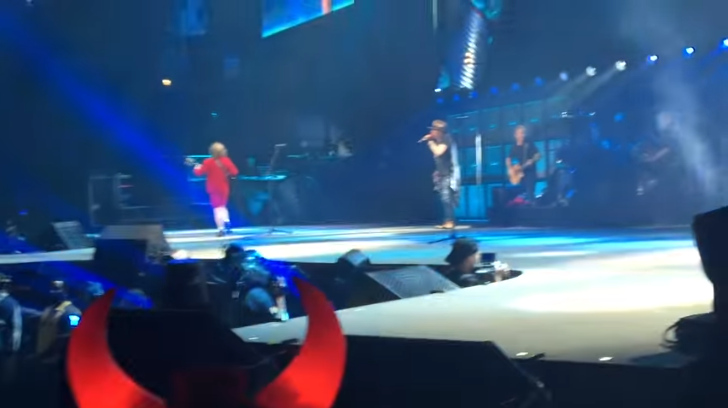 This Is Not The Time To Say Goodbye To The Greatest Rock N’ Roll Band!

Following a successful run in 2016, Australia’s most respected music writer, Murray Engleheart, and AC/DC’s biographer have reported that AC/DC will continue with Axl Rose.

“Speculate all you want but I’ve said it before and I’ll say it again: AC/DC will continue with Axl on vocals – new album, touring, the whole nine yards. What was a massive gamble by Angus [Young] turned out to be an equally enormous triumph that has set the scene for the future.” – Engleheart wrote

“Angus Young will not retire and will continue with the band. He will hire new musicians, and Axl Rose will continue as vocalist. Axl and Angus are also rumored to want to record new AC/DC material following Guns N’ Roses’ ‘Not In This Lifetime’ world tour.”

After Axl Rose pulled double task in 2016, reuniting with Guns N’ Roses classic lineup and replacing Brian Johnson as the frontman of AC/DC. It seems that he’ll continue to do so fronting for both bands for the foreseeable future. This summer GNR will be having another leg of tour dates lined up for Europe.