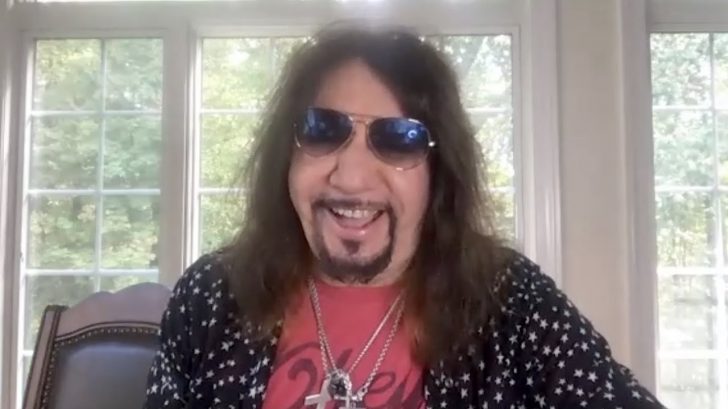 Former guitarist and founding member of Kiss, Ace Frehley, has made a statement in which he challenges the view that fans are having lately about the relationship between him, Paul Stanley, and Gene Simmons.

Following the release of the documentary ‘KISStory’, Simmons has stated that he believes both Frehley and former drummer Peter Criss “continue to make poor decisions in their lives”. Paul Stanley, for his part, has stated that it was a “fantasy” that both asked to give their approval for the final montage of the audiovisual work and that Kiss’s story is what it is, among other things.

So, despite all this, Frehley has assured on the SiriusXM program, Trunk Nation With Eddie Trunk, that he is not in a fight with Stanley or Simmons

“I’m on good terms with Paul [Stanley, guitar/vocals] and Gene [Simmons, bass/vocals], which is nice, because we created something really special in the early ’70s that has outlasted so many other bands. And God bless ’em. They’re still doing it; I’m still doing it. Peter [Criss, drums] is still around. I’m not quite sure why Peter hadn’t toured over the years as much as I have, but it is what it is.”

Likewise, the guitarist, asked about the possibility of reuniting with his fellow Kiss members, has not ruled out a reunion:

“Anything’s possible — I’ve always said that. That’s the first question so many people have asked me over the years: ‘Would you ever consider doing a KISS reunion?’ I said, ‘I never closed the door on anything.’ If the money’s right and it’s presented to me in the right way, anything can happen.”

What do you think of  Ace Frehley’s demand for a KISS reunion?