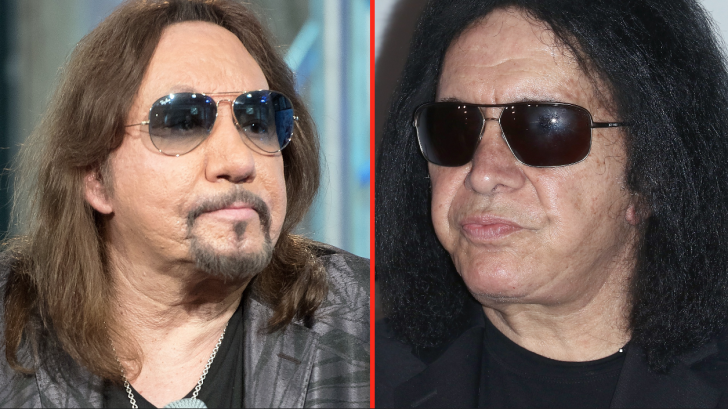 The gloves are off.

Former KISS guitarist Ace Frehley is making headlines today after publishing a scathing response to Gene Simmons’ recent Guitar World interview, in which Simmons alleges that Frehley and former drummer Peter Criss were fired from KISS three times for “drugs, alcohol, bad behavior, being unprofessional” and not carrying their weight. Simmons also called into question Frehley’s ability to perform more than one or two songs on KISS’ End of the Road tour, saying that while he and Paul Stanley would gladly welcome Ace and Peter onstage for a song or two, they couldn’t depend on either of them to be able to pull off full sets.

“Ace and Peter [Criss] have gotten three chances,” Simmons revealed to Guitar World. “They were in and out of the band – fired – three times. For drugs, alcohol, bad behavior, being unprofessional…they weren’t carrying their load.”

“So, the short answer to your question is we’d love to have Ace and Peter join us here and there. And if they don’t, it’s not going to be because of us. But they’re never going to be in KISS again. Would we welcome Ace or Peter to jump up onstage for a song or two? Of course. Could we depend on either Ace or Peter to do a full set night after night? Not on your f—— life.”

Frehley didn’t take too kindly, and within a few hours of Gene’s interview hitting the web, had fired off his own response.

Titled “My response to Gene’s Post Today,” Frehley tears into Simmons, stressing that he wasn’t fired but quit twice because “you and Paul are control freaks, untrustworthy, and were too difficult to work with”.

My Reaction to Gene’s Post Today …Gene, your memory is really incorrect!…I was NEVER FIRED from KISS, I quit twice…

Stating that he’s 12 years sober (congratulations, Ace!), he reminded Gene that his claim that he “can’t be trusted to play a whole nights [sic] show” is bunk – he’s been doing that for the last decade with The Ace Frehley Band with no issues whatsoever, calling himself “the most successful solo artist to come out of the original KISS lineup”.

True to his promise, the gloves come off a few paragraphs later when Ace calls Gene an “a—— and a sex addict who’s being sued by multiple women” – but it’s when he accuses Gene of the unthinkable that things really begin to get ugly.

According to Ace, Gene groped his wife and made a pass at her during an event held at the Capitol Records building in Los Angeles in support of Gene’s “Vault Experiences”. Mrs. Frehley initially wanted to file suit, but Ace says he was able to “call it off”.

“The icing on the cake was when you groped my wife and propositioned her in Los Angeles at the Capitol Records building behind my back, when I was trying to help you out at one of your “Vault Experiences” which I only found out about several weeks later. She was planning on pursuing a suit against you, but I told her to call it off!”

But Ace Frehley is nothing if not a reasonable man, and outlined the only way for Gene to avoid the situation escalating even further.

Gene has yet to respond to Ace’s allegations, but something tells us that because he’s not likely to go along with the terms set for him, Ace’s promise that “the s— will hit the fan and they’ll [sic] be no stopping” is about to come true. Stay tuned to Rock Pasta for more updates as they become available – we can almost guarantee that this is going to continue heating up.