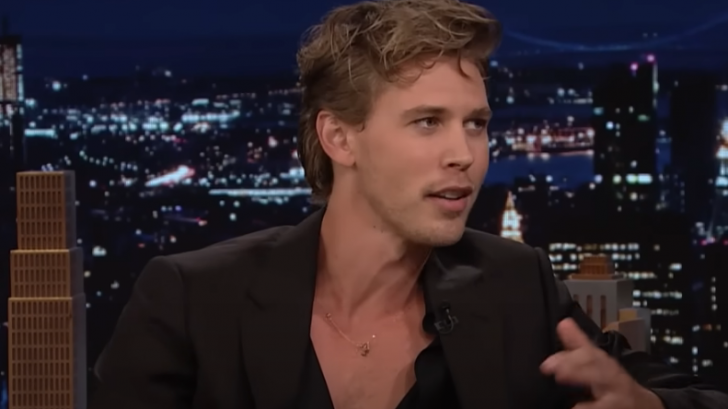 With a string of hit singles, relentless airplay, and the type of excitement seen in the realm of K-Pop today, Elvis swiftly became a musical legend. All through the 1950s and into the 1960s, Elvis’s allure was difficult to deny. Nevertheless, as fresh blood of rock and roll appeared in the 1960s, The Beatles and The Rolling Stones swiftly became new big stars for teens, Elvis’ waning light essentially sought a different universe to be in.

During the whole 1970s, Elvis continued to record songs and attract huge audiences to his Las Vegas concerts. He had become satisfied to fill his home with the love of his adoring admirers, seldom pushing himself past breakfast. Austin Butler, on the other hand, chose his favorite Elvis Presley song from this period.

During a conversation with Tom Hanks, who also appears in the biopic Elvis, Butler admitted that he frequently wanted to avoid responding to the question of what his favorite Elvis tune was.

“I can never answer that question,” he complained. When pressed, he acknowledged that his favorite song was ‘I’ve Got A Feeling in My Body.’ “It just makes me so happy, and it was one of those songs I didn’t know he sang,” Butler continued. The first time I heard it, I thought, ‘this is Elvis?’ It defined a moment of me discovering new Elvis music that I never knew existed,” the actor stated.

Most Elvis would almost certainly choose another track as their favorite, but given Butler’s close relationship with the artist, it might be a good moment to reexamine ‘I’ve Got A Feeling in My Body.’