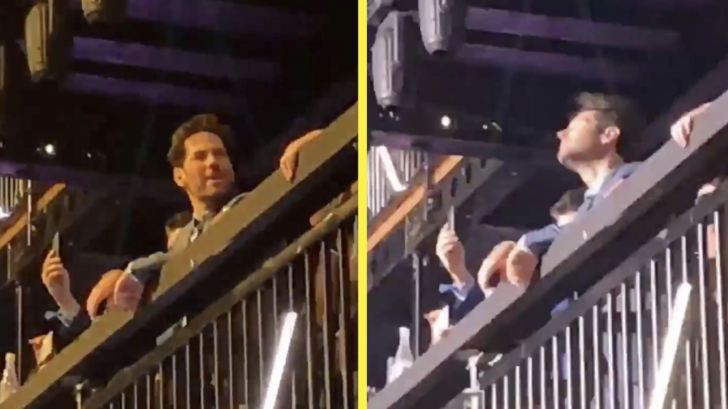 Right There With Ya, Rudd!

Breaking news everyone: celebrities like music too. It’s always fascinating to see our favorite celebs at concerts because it gives us a very interesting insight to what kind of music they like. For example, remember when Stephen King was spotted at a Rancid concert? Yup, that seriously happened…

You’d be surprised at what your favorite public figures consider their favorite type of music. For example, did you know that heavy metal is the favorite music of Prince Harry, or that Jim Carrey’sfavorite band is Cannibal Corpse?

The Ant-Man himself Paul Rudd is the latest to be seen rocking out at a concert, particularly a Foo Fighters concert. He was secretly filmed on a balcony of sorts whipping his head back and forth like the happiest child alive.

The band was jamming a cover of “Blitzkrieg Bop” by the Ramones. See for yourself!

I think we can all relate to Rudd here. Seeing the Foo Fighters jam a Ramones cover would have you rocking out like he is too.

Let’s just hope he doesn’t spend to much time at the concert, because after all, he’s got a universe to save…