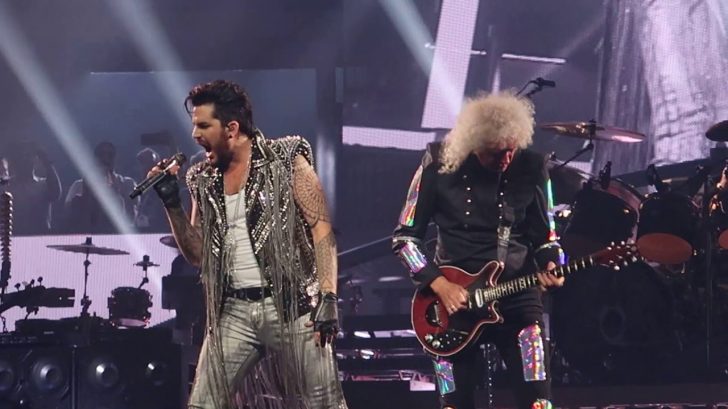 Replacing Freddie Mercury is challenging, but Adam Lambert, Brian May, and Roger Taylor do their utmost to front Queen + Adam Lambert. Lambert revealed his favorite Queen songs in a new conversation with Keshia Chanté of ET Canada.

“I think, with the Queen songs, it depends on the mood I’m in,” remarked Adam Lambert, hinting that his favorite Queen songs are generally chosen by his current mood. “So, ‘[Another One] Bites The Dust’ is one of my favorite recordings of theirs. It’s really fun to sing because it’s aggressive and fiery.”

“‘Somebody To Love’ has so much truth,” Lambert went on to share the second Queen song on his playlist. “I’ve been in so many points in my life where I was like, ‘I’m lonely.’ And it’s just such a universal message; I think everyone’s felt that way, like, ‘I want to be in love; who’s around?’ [laughs.]”

Therefore, according to Adam Lambert, “Another One Bites the Dust” is a confrontational song he enjoys listening to whenever he feels energized. Lambert claims that the message of “Somebody To Love” is universal and has been applicable to him multiple times during his life. These two Queen songs are thus the singer’s favorites since he can relate to them readily.