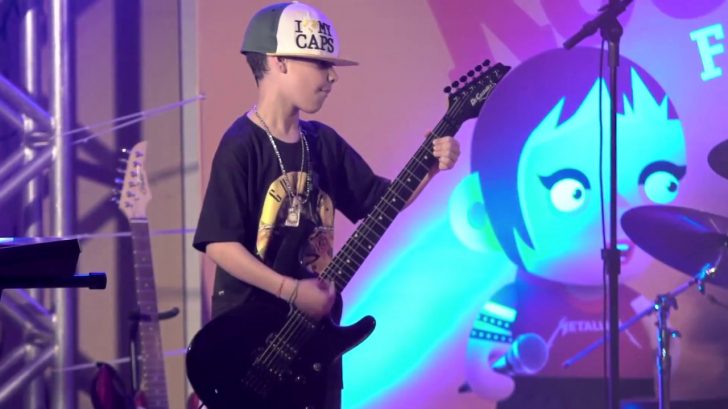 In the video below, students of Academia do Rock performed live with their own rendition of ‘Bad Moon Rising’ By CCR (Creedence Clearwater Revival).

Academia do Rock embraces Blues and Rock n’ Roll to teach guitar, guitar, bass, drums, harmonica, piano, keyboard, and singing. The school believes that learning to play the songs you really like is an incentive to attend classes. Furthermore, by being part of a band, the student learns to work as a team, make commitments and accept challenges. Thus developing their creativity and self-esteem.

These kids have a passion for rock and roll performing ‘Bad Moon Rising’ like it was their own. These kids are just 12 and below – they performed at their own Academia do Rock, Rock Kids 2018 festival.

You just got to love that these young generations have a good musical taste. “Bad Moon Rising” was released on the Green River album, which was the kickoff for the group’s successful international career. The single was released on May 3, 1969, and reached second place on the Billboard Hot 100 singles chart and first place on the UK Singles Chart where it spent almost three weeks in September 1969.