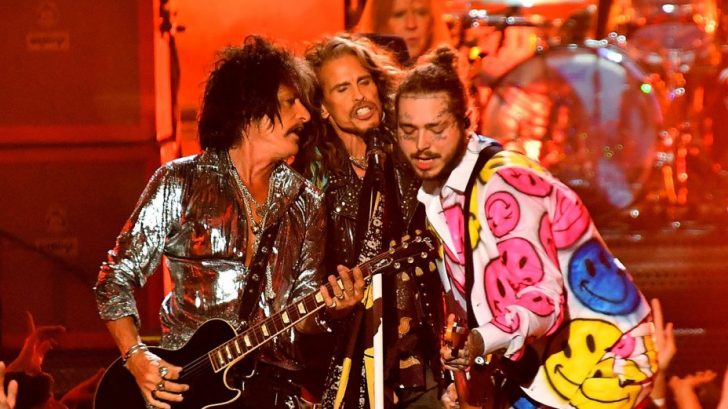 Do you agree that two totally different genres could collaborate together? Well, Aerosmith and renowned rapper Post Malone perform together for the “MTV’s Video Music Awards” and ended the show with an incredible performance that caught our attention.

This year MTV’s VMA definitely gave some shocking surprise as it has been a long time since they had an iconic rock perform. Aerosmith suddenly announced on stage after Post Malone performance and later joining the iconic band. They started playing “Dream On” then went into “Toys In The Attic” to end the show.

Watch the performance below and enjoy the collaboration of two different genres, hip-hop rocking out with rock legends for the grand finale!