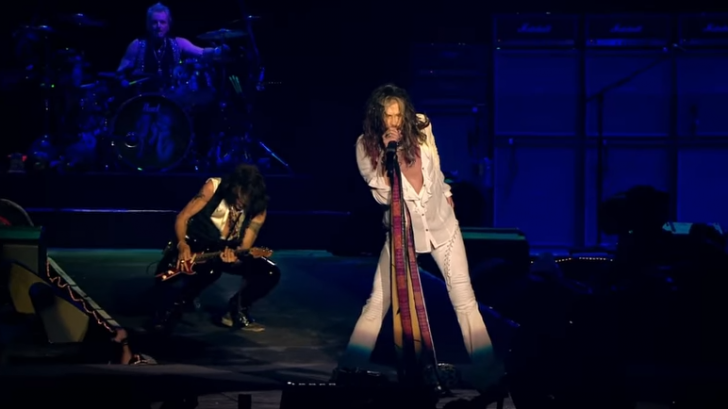 The Beatles have some of the most covered songs in music history. And “Come Together” is no exception since several other renditions have been released by other legendary artists like Kate Bush, Ike & Tina Turner, Soundgarden, Godsmack and Joe Cocker. Even John Lennon sang his own solo version during his Madison Square Garden shows in 1972!

And of course, Aerosmith recorded their own take and it even appeared as a soundtrack to the music comedy film “Sgt. Pepper’s Lonely Hearts Club Band.”

“It was a funky record – it’s one of my favorite Beatle tracks, or, one of my favourite Lennon tracks, let’s say that. It’s funky, it’s bluesy, and I’m singing it pretty well. I like the sound of the record. You can dance to it. I’d buy it!” – John Lennon on “Come Together”

This achieved massive success and peaked at #23 on the US Billboard Hot 100. Don’t get us wrong, we love the original version but somehow, Aerosmith took this song and made it their own. What a gem!