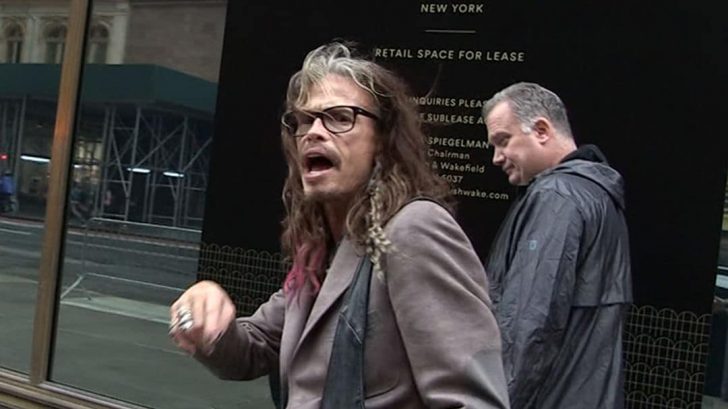 Everyone is sending out prayers to the Queen of Soul including legendary rocker Steven Tyler after reports surfaced that 76-year old Aretha Franklin is “gravely ill” due to cancer. She was diagnosed back in 2010. And in a video taken by TMZ after spotting him on the streets of New York City last Monday, Tyler sent out this message:

“Aretha Franklin, you’ve reached billions of people with your style and your magic. God bless you and everyone who’s got you on their mind.”

He even sang a few bars of one of her classic hits and most famous song, “Respect.” Tyler is among several other musicians who took to social media to express their concern and sadness over Aretha Franklin’s condition. According to People magazine, she is staying at home surrounded by friends and family. Some of her famous visitors include Stevie Wonder.

“She is seriously ill and surrounded by family members who appreciate the outpouring of love and support they have received.”

Our prayers are with her and her family.