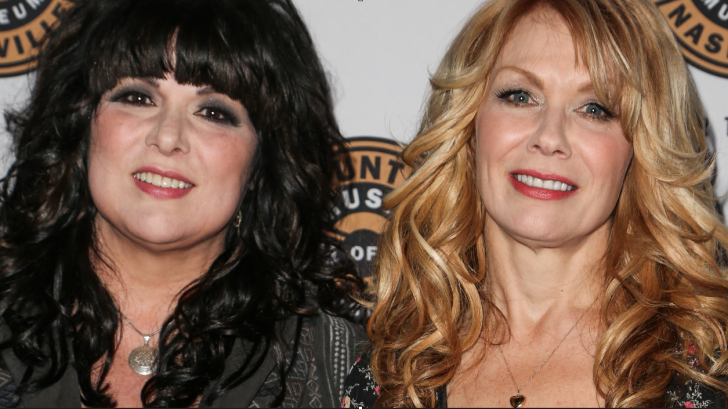 An Announcement 3 Years In The Making

For a while, things weren’t looking so great for 70s rock icons Heart and even less so for sisters Nancy and Ann Wilson.

Despite literally living in each other’s pocket since childhood, Ann and Nancy spent the better part of the last 3 years in a bitter feud stemming from the 2016 incident in which Ann’s husband, Dean Wetter, physically assaulted Nancy’s twin teenaged sons after they accidentally left the tour bus doors open and risked Ann’s pet dogs running away.

Wetter was detained after police were called to the scene and pleaded guilty to two non-felony assault charges last month, but the damage was done; the relationship between sisters Ann and Nancy deteriorated nearly to the point of no return, finding them refusing to share a dressing room on tour for the first time since the late sixties and only communicating via text message since the incident.

That’s right, folks – Heart is back with a brand new tour, and the Wilson sisters are ready to rock side by side once more. The happy news was announced this morning, coming hot on the heels of rumors late last year that a Heart reunion could be on the horizon, bringing joy to fans who hoped against hope that 2016 wasn’t the end for one of rock’s most enduring acts and favorite set of sisters.

The moment you've been waiting for is here! TOUR ANNOUNCEMENT!
For more info, go to https://t.co/1jfauWlIrO!#lovealive2019 #heart pic.twitter.com/U4uTz0iDix

The tour, appropriately titled the Love Alive Tour, finds Ann and Nancy Wilson in brand new territory. The last 3 years are a distant memory, and as they embark on a 39-city jaunt across North America, they’re coming back onto the world stage with brand new energy and, more importantly, a brand new appreciation for each other and the journey that the last 3 years took them on.

“Both Nancy and I have stretched our wings in life these last three years,” says Ann of the last 3 years. “We’ve both lived and loved. We have breathed and traveled and experienced life. We come to this tour with fresh energy and oxygen.”

So what can fans expect to see this summer?

“I think the tour will spark some positive new energy as we rediscover some of our iconic songs and also some fan favorites,” Nancy Wilson said in a press release.

“Calling the tour ‘Love Alive’ was something [band co-leader] Ann [Wilson] and I felt instantly good about. We have always had many love-themed mottos along the way like ‘Love Rules,’ ‘Love Wins,’ ‘Love is It’ – and, of course, it’s a very cool song as well.”

The tour begins on July 9th in St. Louis, Missouri before wrapping in Hollywood, California exactly one month later on September 9th. If that’s not enough to sweeten the pot, depending on your city you’ll also get to see Joan Jett, Lucie Silvas, Sheryl Crow, Elle King or Brandi Carlile, who just crushed the Grammy Awards last night with her devastating performance of ‘The Joke’.

Get ready, everyone – the summer of 2019 is promising to be a hot one!