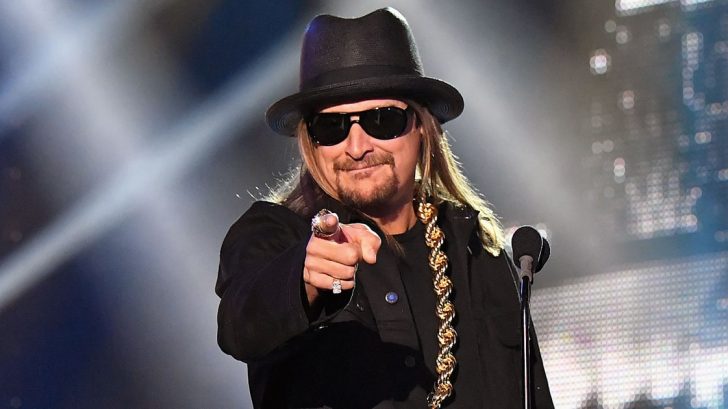 We didn’t see this coming

Kid Rock will finally secure a spot in the wrestling pantheon during The WWE Hall of Fame Induction Ceremony which will be held this April 6 in the Smoothie King Center in New Orleans – this is just two days before Wrestlemania 34.

He has been a lifelong WWE fan and he has also performed in various WWE events such as Wrestlemania 25 back in 2009 and the Tribute to the Troops in 2012.

In an interview with Billboard, the rocker said:

“Every time I go to a WWE event I always have a good time; there is nothing like it and no better fans in the world. The Hall of Fame ceremony will be a fun night and it will be great to see everyone again. I have so much respect for what those guys and girls do. I’m grateful to WWE for letting me be a part of WrestleMania weekend.”

“Several of his songs have been the official themes for WWE pay-per-view events, including ‘Cocky’ and the worldwide hit, ‘All Summer Long.’

Kid Rock’s music has also been entrance music for a select few Superstars. The Undertaker used the 2000 single ‘American Bad Ass’ as he thundered to the ring on his motorcycle, while Kid Rock’s cover of ZZ Top’s hit ‘Legs’ blared through arenas around the world as Stacy Keibler made her way to the squared circle.”

Check out some of the tweets below including from WWE legend Triple H.

BREAKING NEWS: As first reported by @billboard, @KidRock is the celebrity inductee in the #WWEHOF Class of 2018! https://t.co/5QTD1Pz1v3

.@KidRock has lent his signature sound to many @WWE events over the years. His support of our Superstars, events and commitment to our troops has been unwavering. For that and more, welcome to the celebrity wing of #WWEHOF. pic.twitter.com/sMwok8jklH