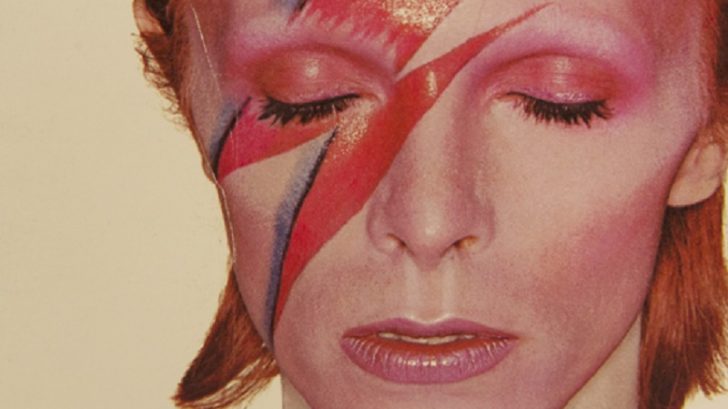 Can you believe it’s been almost 45 years since Bowie released “Aladdin Sane?” You know, the album with that iconic cover artwork of him with a lightning bolt across his face? Yes, there were mixed reviews back then. Some found it unsatisfying especially since it followed the groundbreaking “The Rise and Fall of Ziggy Stardust and the Spiders from Mars.”

Still, others thought it was compelling enough.

“..wanting to be up on the stage performing my songs, but on the other hand not really wanting to be on those buses with all those strange people … So Aladdin Sane was split down the middle.” – David Bowie

So this year, a limited edition silver LP will be released on April 20 – just a day before Record Store Day. It will feature songs from the 2013 remastered version of the album. It won’t be available online and you can only purchase them on ‘bricks and mortar’ retail stores. CHANGESTWOBOWIE will also be reissued on black and blue vinyl.