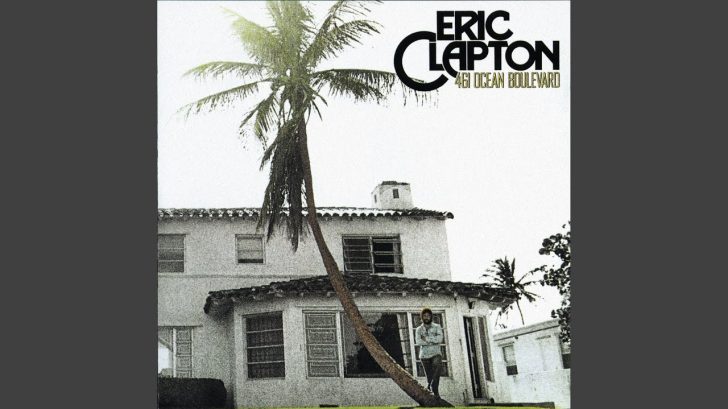 “461 Ocean Boulevard” was cooked after the endless promotional tours of “Layla and Other Assorted Songs” (1970), the first and only album by the group Derek and the Dominos, of which Eric Clapton was a part and which has been widely considered part of the criticism as one of the best works of the British guitarist.

The Derek and the Dominos album also made the ex-Cream guitarist one of the best pop-rock artists with touches of blues in his performances, which made him a great commercial success.

I Shot The Sheriff

Closing side A, “I Shot The Sheriff” is the great single on this album for having managed to reach first place on several charts, among them the United States. Bob Marley tells the story of a guy who killed the town sheriff but is being accused of killing the deputy sheriff while claiming self-defense. The idea was to put the police in the place of the sheriff, but Marley ended up being forewarned and used the sheriff. His intention was to talk about the injustices of the Jamaican prison system. The melody made by Clapton in the version is very good, a mix between reggae and blues, leaving a heavy theme much lighter.

“Motherless Children” presents a Clapton in great shape, with a riff that after more than forty years has not yet lost its charm, while “I Can’t Hold Out” suggests that there is still a lot of blues to be extracted from Slowhand’s guitar.

I Can’t Hold Out

“I Can’t Hold Out“, also known as “Talk To Me Baby“, won a version more filled with guitar solos than that of Elmore James, the first to record it. It is considered one of the classics of American culture and goes on any list as a standard, so rewriting it is not for everyone.