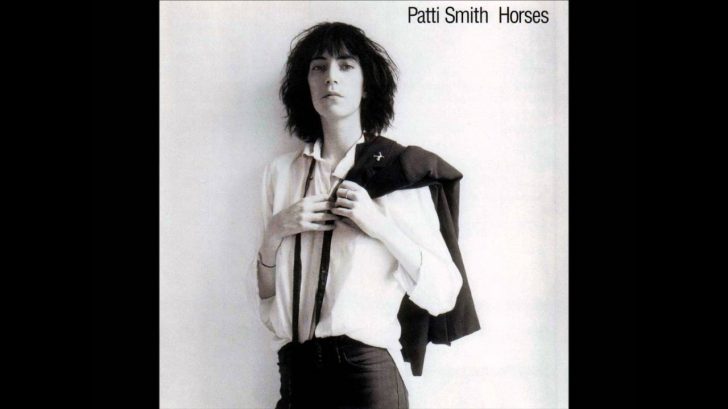 ‘Horses’ is the first album by musician and poet Patti Smith. An album was released in 1975 by the Arista Records record company and released on December 13, 1975. The result is a punk work of 43 minutes and 10 seconds that, in addition to the eminent punk, stands out for having other musical genres such as rock, rock and roll, garage rock, art rock, and art-punk. Listed below are the 3 songs that can represent Patti Smith’s debut album.

In any case, not from The Doors but from “Them ft. Van Morrison” we find a very personal version of ‘Gloria’ that begins with an original section by Smith called ‘In Excelsis Deo’, where the calm tone favors an atmosphere suitable for the impact it creates. then the change of register to a controlled impudence that then ends up going wild.

The LP begins with “Gloria”, a beautiful and famous ballad that bursts with emphasis, and being presented with a reflection that generated a lot of noise and without leaving anyone indifferent: “Jesus Died For Someone’s Sins But Not Mine”

On the other hand, ‘Free Money’ has a style and a structure that we would immediately associate with this band, because that introduction through a beautiful piano melody, which suggests that we are facing a quiet ballad, then accelerates the rhythm until it reaches a powerful chorus. The best moments are those brief parts of percussive prominence that precede what would be the chorus, and even this one, very elaborate and continuous, in such a way that all this maintains the tension in the listener until the end. What we have left then are the themes that have stellar participation.

“Free Money” serves as a lock for side A of the disc. A song that begins with a subtle piano and a sweet voice from Patti.

Thus, the accessible reggae of ‘Redondo Beach’ sounds too simple and even childish if we compare it with the song that just precedes it ‘Gloria’. In a similar but somewhat better style, we are given ‘Kimberly’, which was the name of his little sister.

“Kimberly” from the B-side is the most melodic song on the LP and where she takes advantage of the opportunity to throw pearls at women, allowing a glimpse of female musical potential.