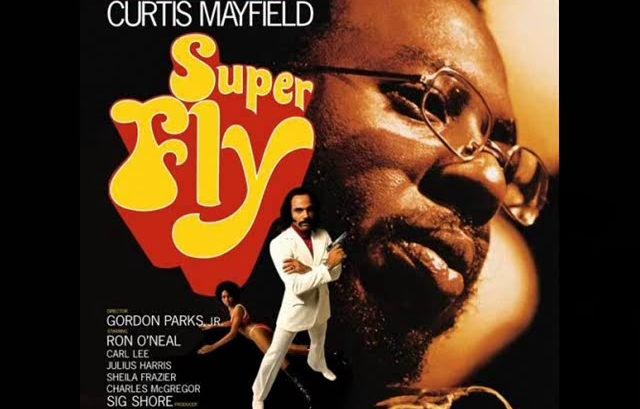 The record that defined Curtis’ successful career was the soundtrack to Super Fly (1972), one of the classic and successful blaxploitation films.

The genre was in vogue during the 1970s in different parts of the world and was characterized by its stories in big cities with corrupt cops, drug addicts, prostitutes, cocaine dealers, and many, many, burning cars. Another of its characteristics is that several of the films made an apology for the crime. And Super Fly was no exception.

“Give Me Your Love” is a slippery jam, while the instrumental “Junkie Chase” is a graceful race through the boulevards of Harlem.

An alternative to one of Mayfield’s best songs is “Eddie You Should Know Better.”

“Think of the tears and fears you bring your parents back home,” he sings wearily, the good angel on Eddie’s shoulder. The message is inflexible: surrender, deeply wounded. SuperFly is Mayfield’s best album. It is on the upper level of the politically charged classics of the 1970s, which you cannot do without.

His job was to put on some music for a low-budget drug movie in Harlem with a cast of strangers and a script too short for the purpose. What Mayfield forged was the ultimate representation of the concrete streets of uptown New York.

The Super Fly soundtrack is a drumbeat from a funk record. The story of a street drug dealer trying to get out of the game was a great one when he got into Mayfield’s vibe. But the album goes beyond the movie, presenting its own bitter take on the urban sprawl scene. This is the kind of music you need when a nation of millions holds you back