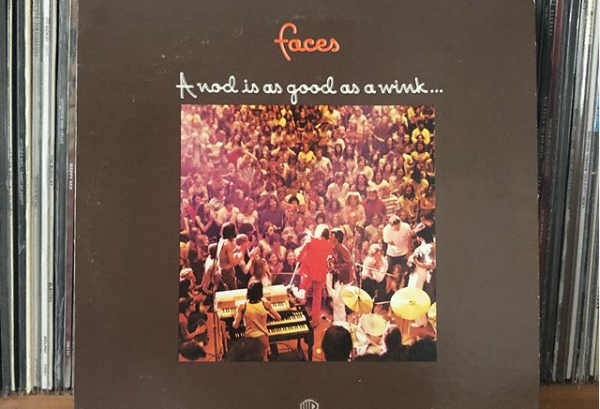 The Stones only have to behave well, because the Faces are following them with this sensational album. Ron Wood works wonders on the guitar here, moreover where all his talent with the slide passed when he went with the Stones.

Clearly, a classic album, with rock, blues, a little country, folk … and Rod Stewart before he became a solo artist, and Ron Wood before he forgets that he is talented.

“A Nod Is as Good as a Wink…” is often regarded as the band’s finest work. All of the tracks are wonderful, and the main highlights are  “Miss Judy’s Farm”, “You’re So Rude”, “Debris”, “Stay With Me”, and “That’s All You Need”.

This album is a must-listen because it definitely is loaded with an unpretentious swagger and loose jams, and all songs are undoubtedly timeless.

The Faces were a better band than the Stones, but of course, Mick Jagger was more of a singer than Rod Stewart.

Overall, you will defo enjoy this vintage era blues-tinged rock with full amounts of honky-tonk piano and a boogie framework. A pretty solid album, and the band’s finest hour. It still a charm almost five decades later.