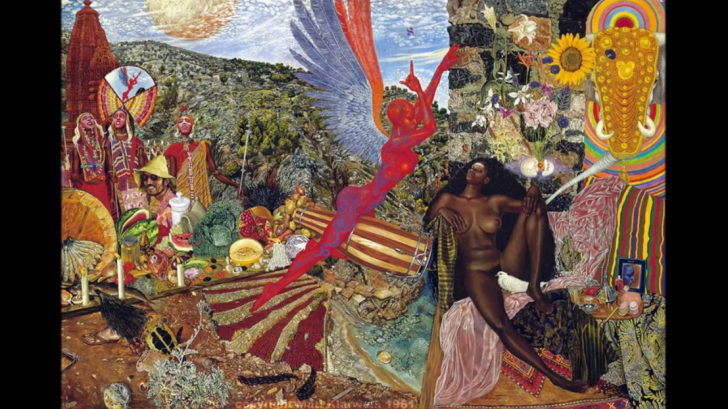 Following their debut album, Carlos Santana brings a new and majestic album to the table. He put himself to the test and pushed boundaries, with the help of the great band behind him who also played a part in one of the unforgettable performances at the Woodstock festival of 1969. Santana’s visions were love, knowledge, and of course, MUSIC.

With Abraxas, he was able to channel his roots, from blues and jazz, all the way through Latin music. He created a new sound by combining genres such as fusion and spiritual jazz, something he would devote his musical life later on in his career.

Most people aren’t aware of this, but two of his biggest music standouts on the record, “Black Magic Woman” and “Oye Como Va” despite being covers. “Black Magic Woman” peaked No. 4 on the Billboard Hot 100 and was originally written by Peter Green of Fleetwood Mac. Peter Green would continue to receive royalties from Santana’s version of his song.

While “Oye Como Va” was a cover song originally written and recorded by the respected Latin jazz composer Tito Puente.

“I forgot who brought that one in; it was either Carlos or Carabello,” Rollie later said. “I remember thinking to myself, ‘What am I going to do on this?’ You know really I was like, ‘Holy cow, I’ve got an organ and an electric piano. What do I do?’ I simulated the instrumentation basically and played it on the organ.”

When Abraxas was finally released, it received a massive success, reaching No. 1 on the Billboard 200 in the U.S and was a five-times certified platinum. Marking Santana’s biggest contributions, unique Latin, blues and rock fusion, to the history of rock n’ roll.