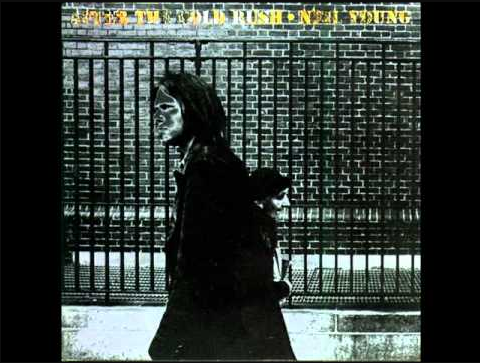 After the release of  Everybody Knows This Is Nowhere, there comes the album, After the Gold Rush. Released in between 15 months, and Neil Young have produced a series of recordings with different styles getting his fans and listeners excited for the differences of the two LPs.

The album was recorded with the help of his friend,  Nils Lofgren, who at the time was just 17-year-old, and played the piano as his major instrument turning the “Southern Man” a masterpiece and simply one of the greatest songs on the album.

The album was released in the fall of 1970 and over the past decades, it has become the widely known record that influenced the country-folk genre and became Young’s commercial breakthrough.

Neil Young himself had no idea what the album meant for him, and he said that it was probably the drugs that pushed him to create such a groundbreaking album.

This was, of course, Neil’s best overall album, a gem of tough 11 tracks protest, love songs, teenage angst, social issues, and environmental controversies. It is the representation of the various styles he offered and crafted for music – from the melodic West folk-rock, influenced directly from when he was with Crosby, Stills, Nash & Young, to intricate harmonic folk/pop, to the harder rock music of later years.

You can say that “After The Gold Rush” was the album that influenced him and gave him a confidence boost after he left the Crosby, Stills, Nash, and Young, but the inspiration was of his own visions and dreams. It showcased the genius of Neil Young, — blending the country and rock altogether with lyrical imagery that were heartfelt, insightful, romantic and prophetic.