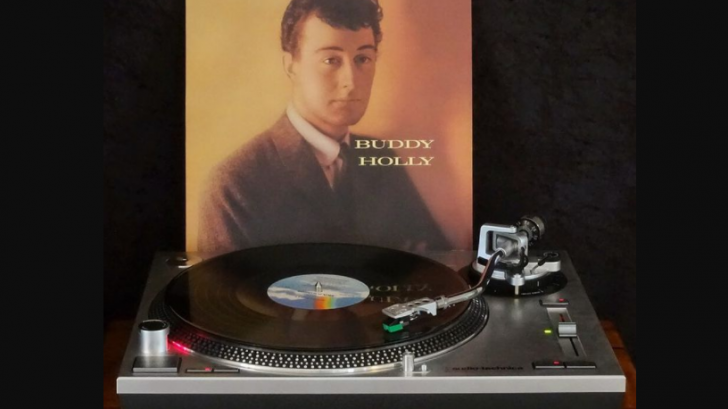 This album was released on February 20, 1958, just a few months after his album with The Crickets. The record company considered both a full-fledged debut album, one by the group The Crickets, the other as Buddy Holly’s first solo album.

It has some super hits: Peggy Sue, I’m Gonna Love You Too, Everyday, and Rave On. The big difference lies mainly in the lack of the captivating background vocals of the other Crickets.

Besides the aforementioned hits, there are no exceptionally good songs on this album. His versions of some rock and roll classics remain original, but not really groundbreaking.

Those few hits are immediately worth looking for this debut album that predicted a great future, but tragically enough it was also his last album. Some of the songs are a bit of a precursor to the early Beatles’ sound.